Ex-Formula 1 driver Romain Grosjean says he’s “really happy” with his first morning of testing an IndyCar, despite spinning off and feeling soreness in his arms and recovering burnt left hand.

The 34-year-old is part of a 12-car test at Barber Motorsports Park today, and is experiencing the Dale Coyne Racing with RWR-Honda for the first time. He is set to compete in all 13 road and street course races on the 2021 NTT IndyCar Series calendar, with Pietro Fittipaldi favorite to fill in on the ovals including the Indianapolis 500. 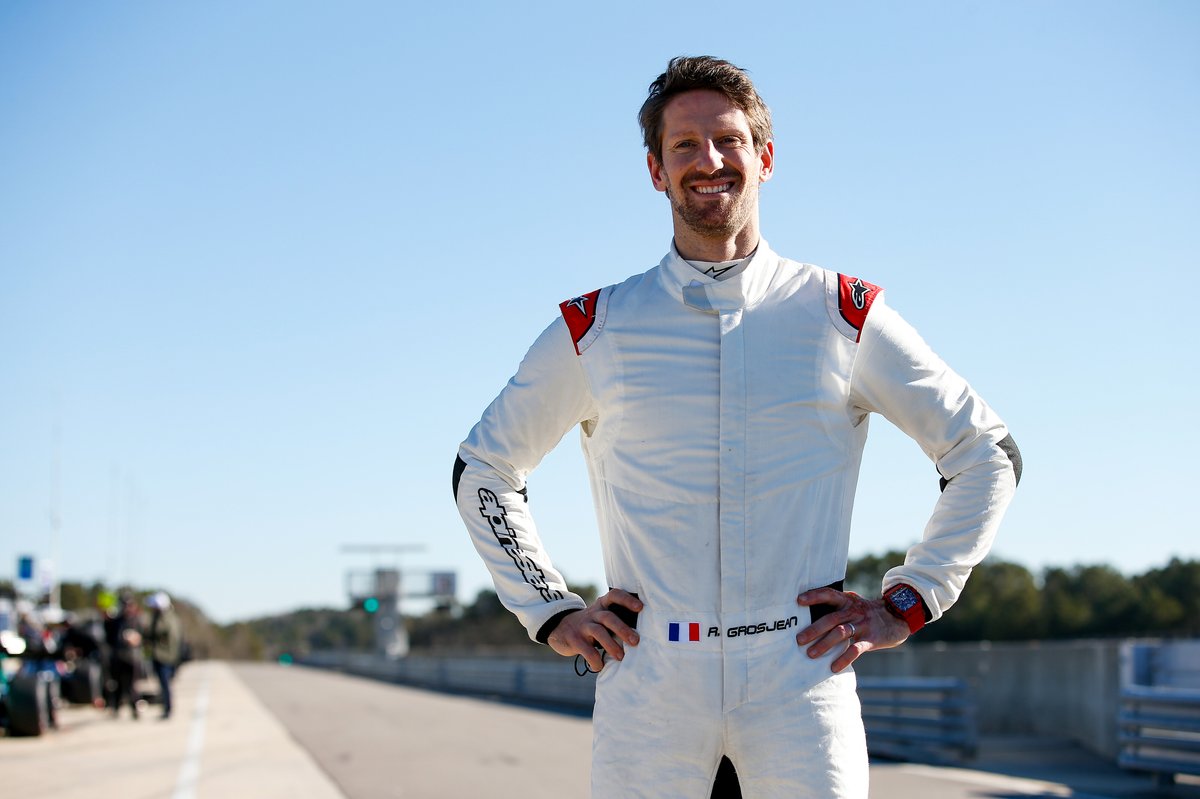 The Frenchman told IndyCar.com that despite the vast differences between an F1 car and an IndyCar, that “everything felt great and normal” despite adapting to a car with no power steering.

He went on: “It reminds me of when I was jumping from Formula Renault to Formula 3 and GP2. So far, I’ve been really happy with it.

“The mechanical grip of the car has been really good. I can really understand why you can get the racing good. The way the team works is really good. It’s different, but I’m happy with that. Trying to adapt myself has been quite smooth.

“After the first run my biceps started hurting a bit, and I thought: ‘OK, OK. Now we’re talking.’

“You really feel the car. I guess you can drive it a little bit more with your driving style with the way you apply the brake and your turning and so on. You can actually use different lines, whereas in Formula 1 you may be more stuck to the ideal line because of how the aerodynamics work.”

An early trip into the gravel at the 2.38-mile Barber course’s downhill left-handed Turn 1 caused some delay to his acclimation, but he resumed testing within an hour.

“I made a mistake this morning, and I spun (in Turn 1). I was stuck in the gravel. (The track) has consequences, and you need to stay within the limits, which I always quite enjoy.”

Regarding the left hand he burned in his Bahrain Grand Prix conflagration last November, Grosjean commented: “It’s actually done very well. I had a big snap on the last run, and that was a bit painful. I expect those. I know it’s not fully recovered and is sensitive.” 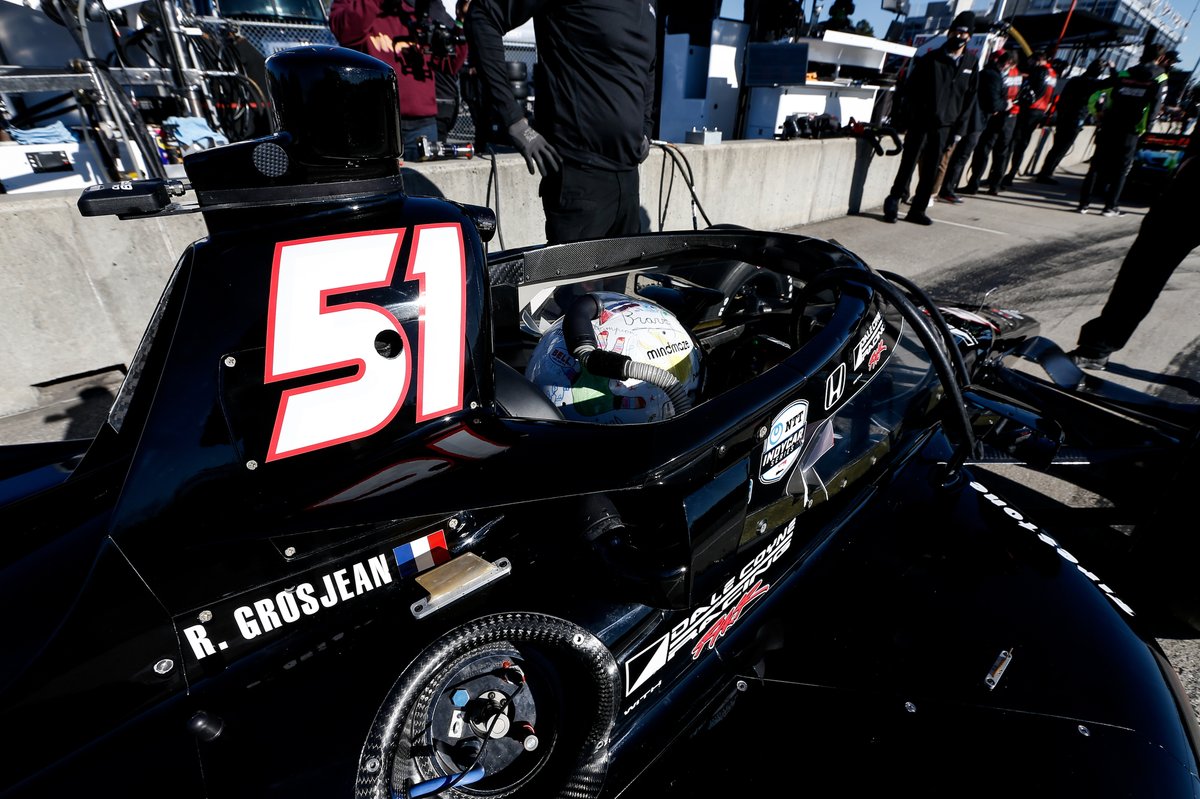 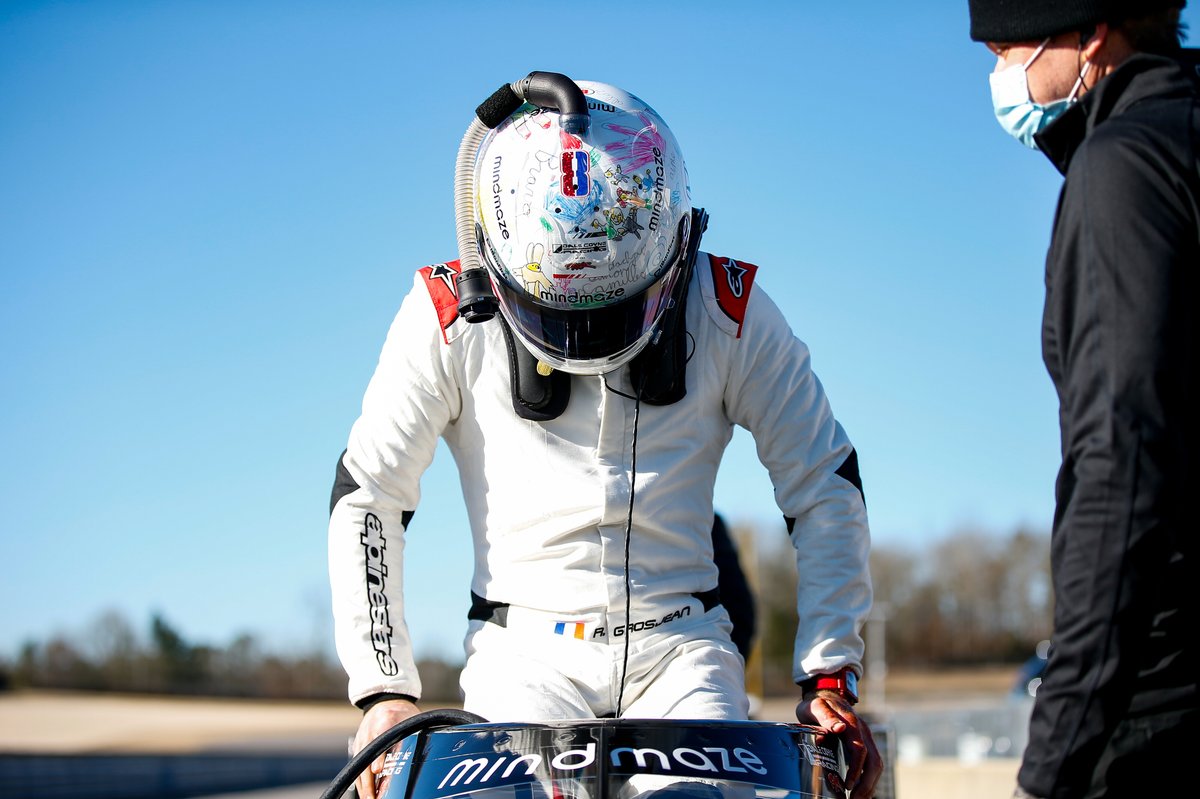 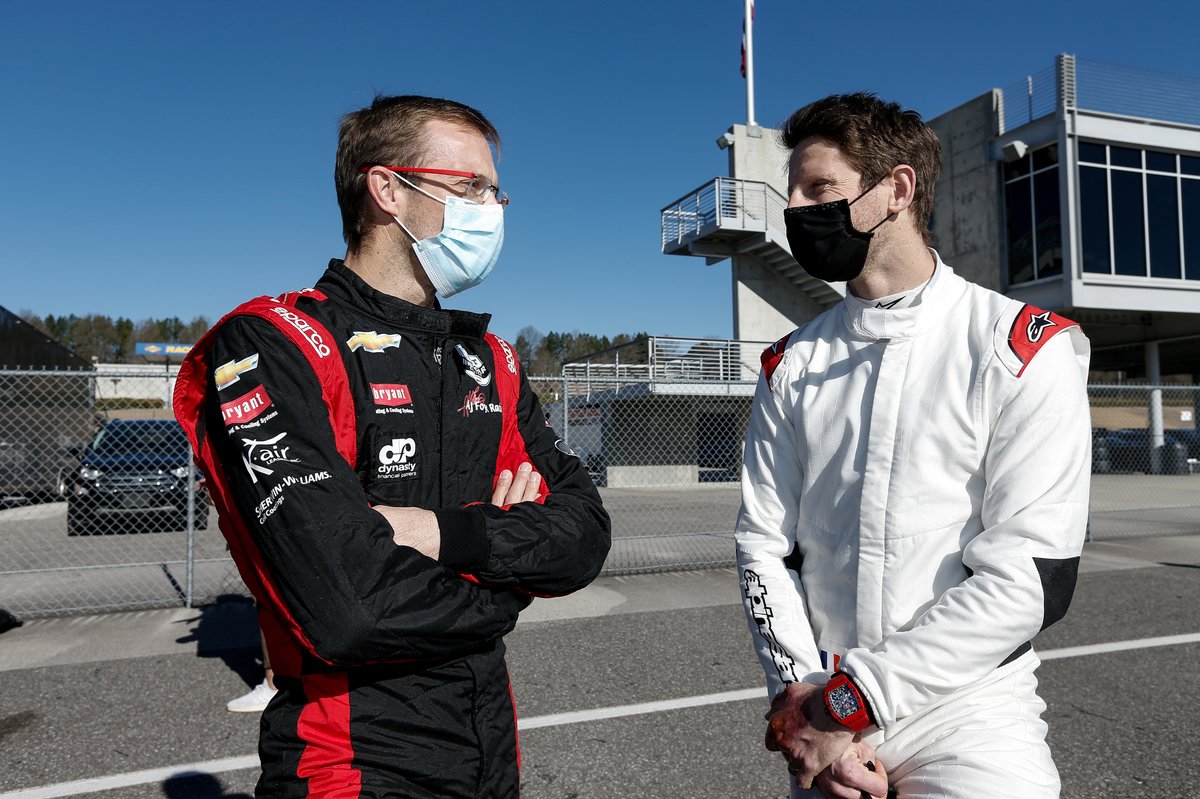