Some of the drivers involved were skeptical of the size of the Andretti/Meyer Shank team force at the Indianapolis 500, comprising five full-timers – Ryan Hunter-Reay, Alexander Rossi, Jack Harvey, Colton Herta and James Hinchcliffe – along with part-timer Helio Castroneves and Indy 500 one-offs Marco Andretti and Stefan Wilson.

Harvey admits that was a cumbersome situation when it came to debriefing, but halfway through Michael Shank’s and Jim Meyer’s second year in partnership with Michael Andretti’s squad, Harvey said that he and race engineer Andy Listes (one of MSR's personnel assigned by Andretti) can see the benefits of the ‘regular’ line-up for the other rounds in the championship. He says that when they all divide duties for, say, trying different setups in practice sessions, he can glean from others’ feedback what will and won’t work for him on the #60 car.

“At this point you kind of know who in the room you're likely to gravitate towards,” he replied to Motorsport.com, “and because of that I think it's easier to split some of the testing or setup plans and changes with certain people in the room.

“As you say, we've been there a year and a half now and kind of know what most people's driving styles are but also what the engineers' styles are from car to car. I think my engineer Andy has been doing a really fantastic job in being adaptable to what I need but also seeing if another car is doing something well – not necessarily just plucking it off the fastest car but plucking the part that's going to make our program be the best."

“You know, the 500 was difficult having eight cars in one engineering room I can tell you! Suddenly when we went back to the regular five for the full season, it seems to flow so much quicker.

“It's great to have that level of data. Obviously it takes a lot of effort for everybody to go through it properly, so being able to… gravitate to the people who drive the car similarly or setup changes we get a similar read on in a short weekend certainly helps.

“I think that's a really great relationship and one that I know that everyone at Meyer Shank Racing hopes will continue for a few more years to come.”

In the last round at Road America, Harvey scored his third top-three grid position of the season although his best race result so far has been fourth in St. Petersburg.

His hopes are high for this weekend's round, since Mid-Ohio Sports Car Course is Meyer Shank Racing’s “home” track, being situated just 50 miles north. But it is renowned for presenting a particular challenge to NTT IndyCar Series teams. From when it is still green – i.e., relatively unused at the start of Friday practice – to the grip it offers once it is rubbered in by the time qualifying ends, teams can see their lap times cut by up to four seconds.

Harvey said that the experienced teams and drivers will know not to be misled into making drastic changes in response to how their cars behave at the start of a race weekend.

“I think that's very much a characteristic of Mid-Ohio,” he agreed. “The morning of test day even versus the end of the day, just the improvement is probably the most I've been to on a road course without any weather changing or anything like that. At this point I feel like a lot of people have experience with letting the track kind of come to us.

“I think my experience at Mid-Ohio so far is, if you're not sure what the track is going to do, just leave it, wait and see what it does. I hate to say it but the prepping in that moment, for me, comes to having a good plan if it goes one way or the other, if you end up being super free, or end up being super understeery. We've been there before and tried to predict what the track will do and got it completely wrong!

“It's definitely a challenge at Mid-Ohio but it's a challenge for everybody, so as long as we try to be smart but not too smart, hopefully we'll end up in a good spot.”

Harvey was two-time Indy Lights championship runner-up – in 2014 with the antiquated Dallara-IPS car and the following year with the all-new Dallara IL-15. He said that dealing with that transition was far bigger than contending with the current IndyCar shifting its weight distribution following the adoption of the aeroscreen last year.

He said: “The thing about the screen, it's heavy. But because you know it's heavy in a particular place, it kind of makes it a little easier just to try and shift a few things around, go and test it. That transition between '14 and '15 in the Lights car – that was just like throwing your engineering rule book out the window and starting again!”

Harvey went on to praise IndyCar for pushing forward with the screen.

“I'll be the first to admit, I was somewhat skeptical about all that when IndyCar first launched it, but I love it. It is absolutely saving drivers left and right, and I hate how many times we've had to see it already work so well… But I'm really super-proud of everybody at IndyCar, everybody at Dallara for making safety such a priority.

“I think that's why you're seeing so many drivers look at [IndyCar] again with stars in their eyes and going, ‘Wow, IndyCar is so cool and it's safe.’ Safer, I should say…

“I was never against it at any moment because at the end of the day I'd always want my friends here with us now. But that's such a hit. I think they've done such an incredible job with that, I'm really, really grateful that everybody involved in that process stuck to their guns and pushed on with it because they're saving people's lives.” 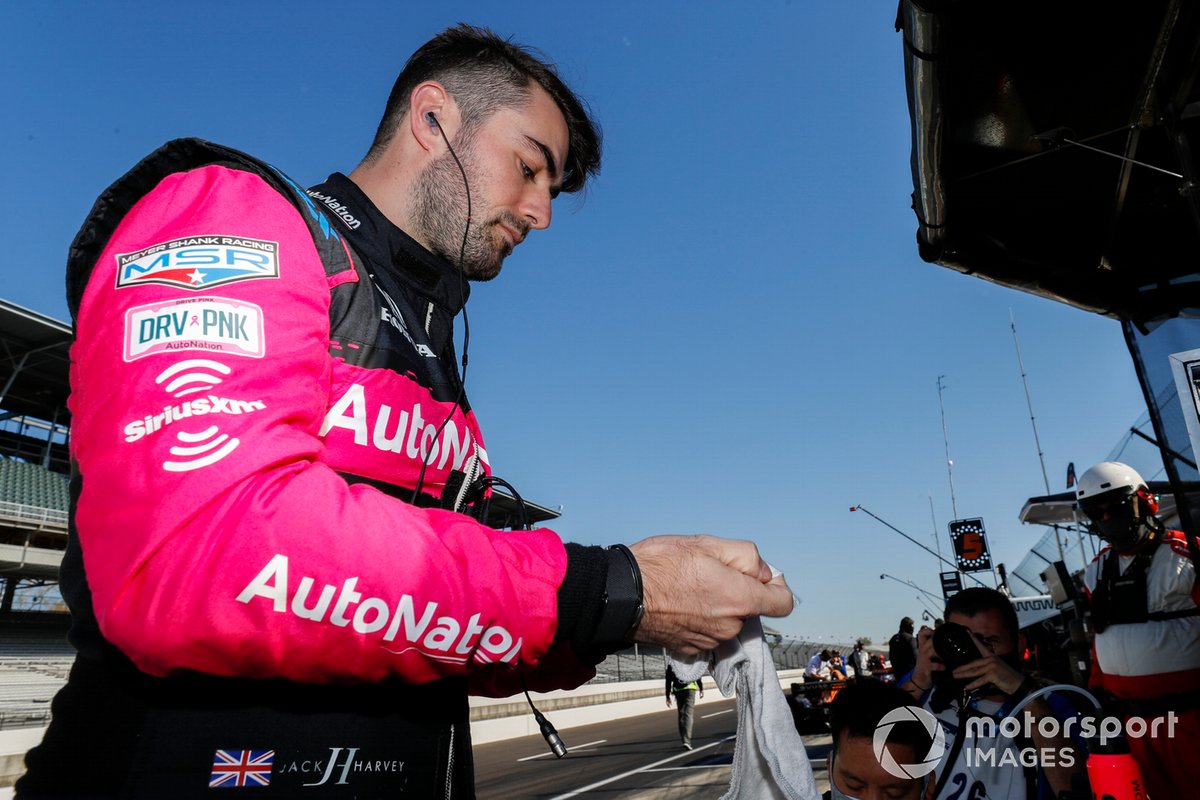 Ferrucci returns to third RLL-Honda for Mid-Ohio round