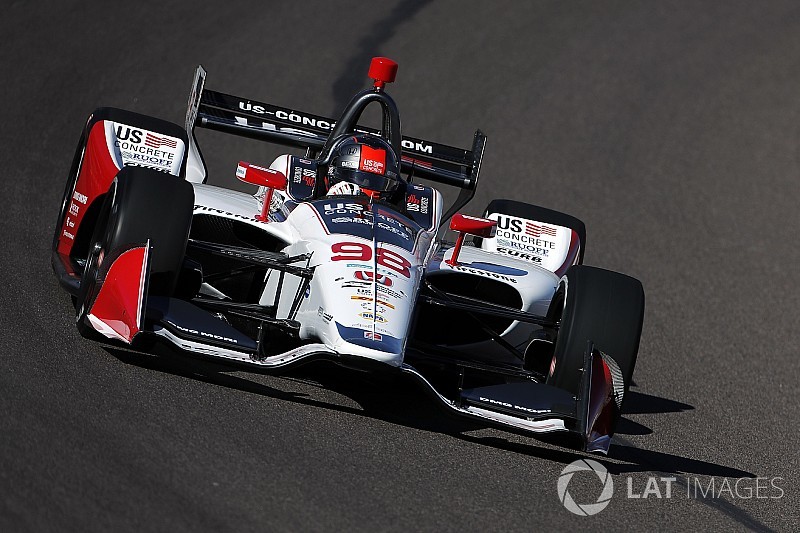 Bryan Herta says he believes Michael Andretti’s IndyCar team has made similar gains on the competition as it did in the previous off-season.

Aside from a strong showing – and victory – for the squad at Indianapolis 500, 2016 saw the team score just five other podium finishes between four drivers, while in championship points, only Carlos Munoz scraped into the top 10. Last year, wins at Indy (Takuma Sato) and Watkins Glen (Alexander Rossi) were supplemented by five more top-three finishes, but significantly three Andretti drivers finished in the top 10 end-of-year standings.

Herta, who co-owns and calls strategy for the #98 Andretti-Herta Autosport entry – this year driven by Marco Andretti – told Motorsport.com: “Things are going well right now. I think we’ve made a similar step to the one we made last off-season.

“We went through a lot of stuff [at Phoenix’s two-day Open Test] and got some decent running in traffic at the end, which was useful.

“We haven’t been to a proper road course – just Sebring, which is only good for testing certain things. But whatever it's worth, we were quick there, and I think the team has taken a really good step forward. Now it’s up to us to take advantage of that.”

The four-car squad of Rossi, Andretti, Ryan Hunter-Reay and rookie Zach Veach turned a total of 1048 laps at Phoenix's 1.022-mile ISM Raceway, with Andretti emerging fastest, in sixth place. The third-generation IndyCar racer said he preferred the improved feel provided by the new-for-2018 universal aerokit which has much less downforce than the manufacturer kits of the last three years.

Andretti told reporters over the weekend: “I really struggled with the aerokit car. You were either slammed with downforce or it snapped. With this thing, it’s on the edge the entire time [but] there's some predictability, you feel it more. If I had to pick one, I would prefer this.”

“I think he is a lot more happy,” said Herta. “This car is closer in concept to the original DW12, and he came fifth in the championship in 2013, so I think he’s encouraged that this car gives him a similar feeling to that car.”

Herta also played down the complaints emanating from rival squads, and from some AA team members, regarding the amount of testing time they have been granted relative to those involved in manufacturer testing – Penske and Carpenter for Chevrolet, Schmidt Peterson and Rahal Letterman Lanigan for Honda.

“It was concerning at the time, but I don’t think it has put us at a big disadvantage,” said Herta. “That’s because our team did such a good job on the things they could work on, things like aero simulation work. So when we hit the track their work was verified and we were quick right away, at Sebring and Phoenix.”

IndyCar windscreen "unlikely" to be implemented this year