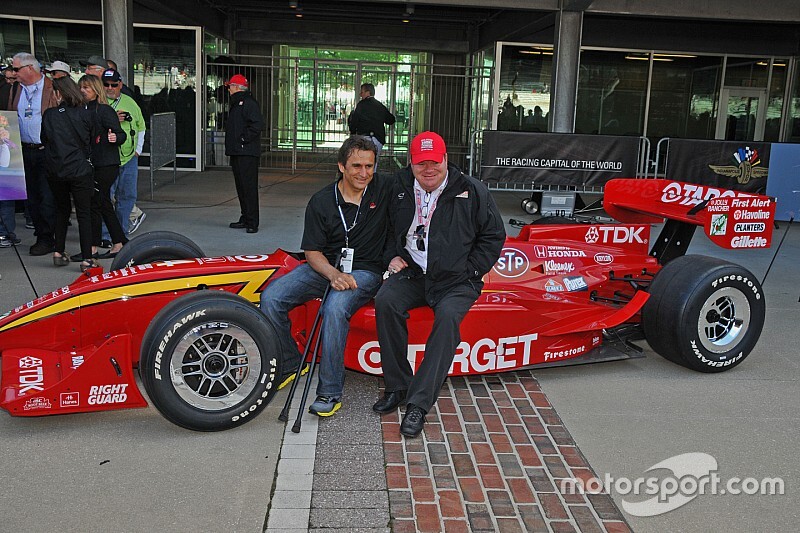 Colton Herta says Alex Zanardi’s infamous pass on his father Bryan Herta at Laguna Seca’s Corkscrew in 1996 was “amazing,” but acknowledged that it probably wouldn’t be allowed in IndyCar today due to far more stringent rules about track limits.

In 1996, Alex Zanardi capped an amazing rookie season of CART Indy car racing at Chip Ganassi Racing with a divebomb last-lap pass on Bryan Herta’s Team Rahal car at the top of the Corkscrew at Laguna Seca, the season finale.

Zanardi, outbraked Herta on the left but also outbraked himself and went well into the runoff area, rejoining the track on the switchback to the right, and directly in front of Herta, going on to score his third win of the season and capturing third in the championship.

Even now the move’s legitimacy is debated, even by those who showered Zanardi with praise for even attempting the maneuver.

According to Bryan’s 19-year-old son Colton, who has scored a win and two pole positions in his rookie season of IndyCar racing and who topped testing at WeatherTech Raceway Laguna Seca yesterday by almost half a second, Zanardi is aware his move wouldn’t be allowed today.

Herta told the media: “I think the coolest thing was to be teammates with Zanardi this year [with BMW] at the Daytona 24 Hours. It was interesting because I watched the race with him. I actually watched the pass with him.

“He knew today if it happened, there probably would be a penalty. I don't know… it was amazing. Like I say, big balls for that pass. Obviously if someone's behind me, I'll have to defend better than my dad did!”

“Obviously nowadays with the track extension penalties, there no longer being grass and gravel, more runoff now, the penalties are more severe. People pay attention more to running off the road and gaining an advantage.

Herta also acknowledged that he liked the Corkscrew himself, although the runoff area on the right at the initial left-hander is now green-painted asphalt, over which drivers are not allowed to run with all four wheels.

“I like the Corkscrew,” he said. “It's a good balance, especially in this car. The suspension's quite nice, so you can hit the curbs on the inside. You can kind of see what you can get away with, without bottoming too much – where you put the car and can't put the car.”

Describing his technique on corner entry, Herta said: “It's all aim. When you turn in, you can't see anything. You can't even see the tires against the wall on the other end of it. You're kind of blind. It dips down and then picks up real quick, then drops back down into the Corkscrew.

“There's a little tree; if you point [the car] directly at it, it's pretty much maybe a third of the car over the rumble strips going down the right. You can kind of base yourself off of that. Depending on what ride height you're using, you can steer a little bit more to the right of the tree or left of the tree.”