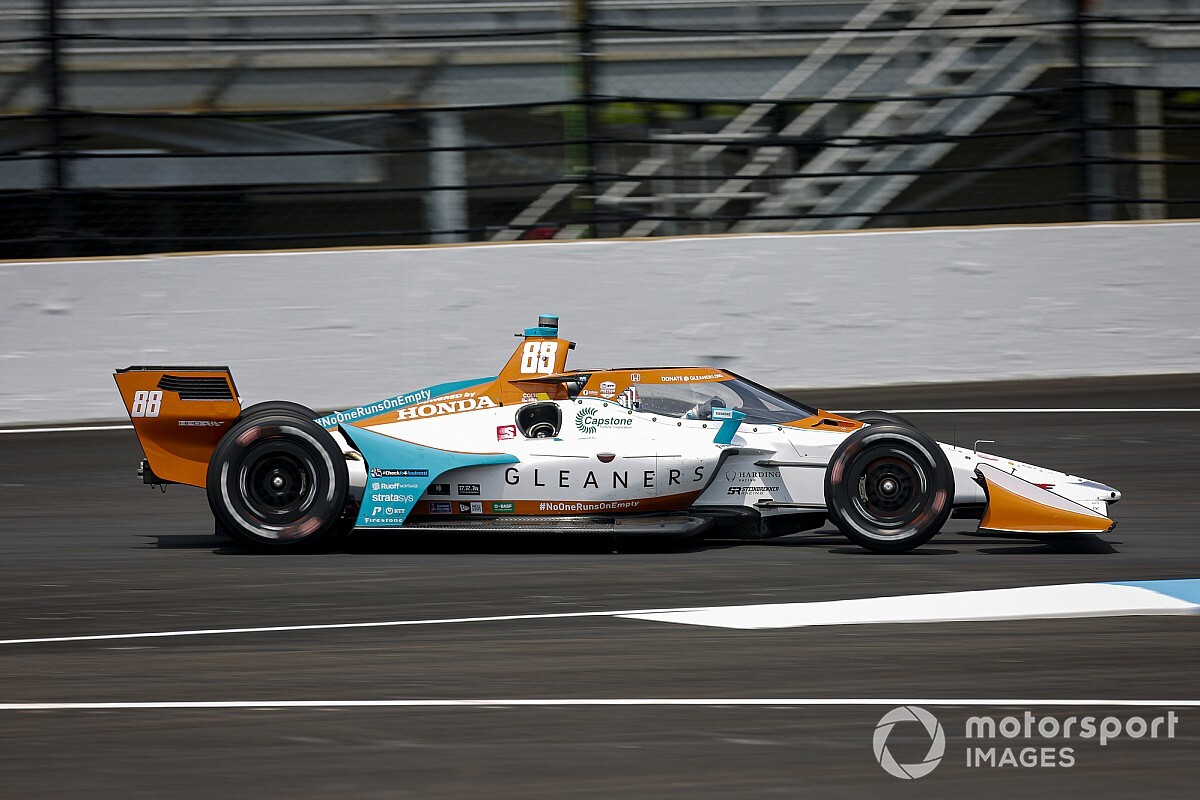 Colton Herta says that it will be physically demanding to compete in four IndyCar races in eight days, especially given the dearth of airflow to the cockpits due to the aeroscreen.

Despite additional ducting being introduced to the cockpits from this weekend’s double-header at Road America and the Saturday race not starting until 5.15pm local time, cockpit conditions are expected to be difficult for the drivers. Given the fact that the next day’s race will start at 12.40pm – and five days later the drivers will be starting another double-header at Iowa Speedway – this must be considered one of the most physically taxing stretches of any IndyCar season in recent history.

The 2020 NTT IndyCar Series schedule has, of course, been compressed by the fallout from the coronavirus pandemic. Back in February, the only twinned races were due to be the usual Belle Isle, Detroit double-header on the weekend after the Indianapolis 500. Now, Road America, Iowa Speedway and WeatherTech Raceway Laguna Seca will hold two races each to help compensate for lost rounds elsewhere.

Combined with IndyCar’s second round of the season being held last Saturday, it means that most IndyCar drivers will have competed in five races in 14 days by the time the checker falls on the second Iowa event.

Series sophomore Herta, who lies fourth in the championship after the opening two rounds, said: “Yeah, it's going to be really tough. Luckily I don't think Road America is that physical. With the windscreen and stuff, it doesn't even matter about that any more. It just matters how hot it gets in there…

“I think it's going to be very tough. Even just to recover for the next week going to Iowa, it's going to be tough. We have practice, qualifying and a full race all in one day. That's tough on its own. Then you do that twice.

“Luckily Road America is probably one of the least physical places we go to just because you have the long straights to rest. As long as it's not too hot. Forecast looks like it's dying down a little bit, looks like it's going to be in the 80s, a beautiful weekend.

“But it's going to be interesting to see how everybody shapes up with all of it and if performances drop because guys aren't fit enough.”

The Andretti Harding Steinbrenner Autosport driver, who scored the first of his three poles at Road America in his rookie season, said of the potential improvements to cockpit cooling, “I think the teams are kind of constantly working on it. They obviously know what the problem is now. They're looking for solutions to fix it.

“I don't think it's something that you're going to fix in a week. We'll see. Hopefully throughout the season we can find some stuff to make it better.”

Herta said that taking on plenty of liquids is the best solution post-race.

“The only way you can really recover is just by getting fluids; that's really what you're losing,” observed the 20-year-old. “I saw Conor [Daly] lost something like 12 pounds at Indy, which is insane. But it's just your water weight.

“I think a lot of guys these next few weekends will get IVs after the first day, and that will be good for the second day. Some guys might do it after the race then on the day, too, if they're really worried about it.”

IndyCar confirmed to Motorsport.com that the Friday/Saturday July 17-18 event at Iowa Speedway will feature an unusual qualifying format. As per usual on all ovals aside from the Indy 500, the qualifying runs will consist of two flying laps, but the first will set the grid for Friday’s race, while the second will define the grid for the Saturday race.

Herta said he was “excited to see how that plays out.”

He went on: “I think you qualify as you normally would. It's just interesting because I think some teams you've seen in the past have really quick second laps, and their first lap isn't quite up to speed. It's going to punish them for the race.

“I've never seen a qualifying format like that. It's going to be very interesting. Do I think it will affect the result? No. I think passing is so plentiful there, it won't even matter.”