Herta: When you win an IndyCar race, it has to be a perfect race 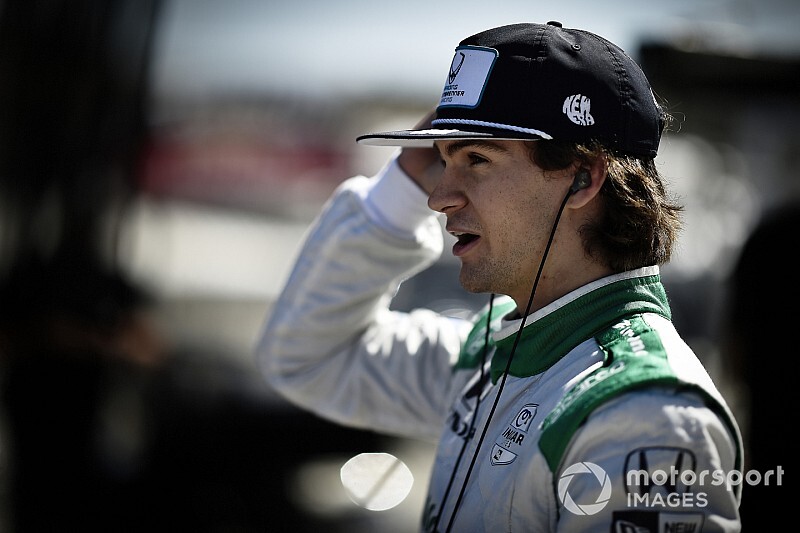 Colton Herta, who clinched the Firestone Grand Prix of Monterey at WeatherTech Raceway Laguna to score his second win of the IndyCar season, said he believes it was a perfect race and “definitely deserved to win.”

The 19-year-old rookie came into the IndyCar season finale with a win and two pole positions to his credit already, but on Saturday he took pole again, and on Sunday led 83 of the 90 laps.

Moreover, he achieved this while absorbing pressure from two of IndyCar’s best –first Scott Dixon and then Will Power. He would pass the line 0.6sec ahead of Team Penske’s 2014 champion.

“But yeah, it seemed like our tire wear was a lot better than a lot of people's – I would say for sure Dixon and [Simon] Pagenaud – but definitely not Power. He seemed to have a little bit of an edge.

“But that last two or three [stints] I would gap by like a second a lap and have a nice margin coming into the pits if anything were to go wrong or if I had a slow out-lap or in-lap.

“It was a perfect race. Whenever you win an IndyCar race, it has to be a perfect race. You can't really make mistakes and get away with it, just because there's always two or three other guys on that day who can win.

"For sure there were a few guys that could win today, and we just outdid them. We had the pace on them, and we were definitely the best today, so we definitely deserved to win.”

Despite winning the race and moving up to seventh in the championship, Herta was beaten to the Rookie of the Year title by Chip Ganassi Racing’s Felix Rosenqvist, who took sixth in the title race.

Reflecting on his season, Herta said he was very satisfied by what he and Harding Steinbrenner Racing had achieved in this, their only season as a separate entity from technical partners Andretti Autosport, before becoming joint entrants of a fifth Andretti car next season.

“Obviously I'm really proud of what I did this year and what the team has been able to do and given me the car to do,” he mused. “I’d like to take a month off and not really do much and then kind of look into focal points of what I lacked, and for sure I'd say going into the off-season it was going to be mostly about tire wear and maintaining the tires.

“I think I did that very well today, and most of the time I was doing it better than the other guys. I think now I can kind of focus on other things.”

On that topic, championship runner-up and one of the stars of the race, Pagenaud, begged Laguna Seca officials to not resurface the 2.238-mile facility, believing the current coarse pavement helps provide part of WeatherTech Raceway’s distinct character. Herta appeared to agree with this opinion.

“This is normally a place that you can't pass, normally a track that makes it very difficult to do overtakes,” he said, “and I think the tire wear helps that because you have some guys that drop off drastically compared to others. I don't know how many passes there were, but yeah, I think it's important – it's definitely a different skill set.

“In IndyCar, we go to all these different street circuits, permanent road courses and ovals, and they're all different in their own ways, and I think this place is unique because of the tarmac and how abrasive it is.

“I think if they did repave it, it would make the racing probably worse. But I'm not sure. I'm not sure what I would prefer.

"Obviously qualifying, you definitely want the track to be repaved and be going a lot faster! If they repaved it, we'd definitely break the track record. But I don't know if that's the best thing. It's definitely challenging right now how it is.”