How an unloved device created "the greatest motor race" 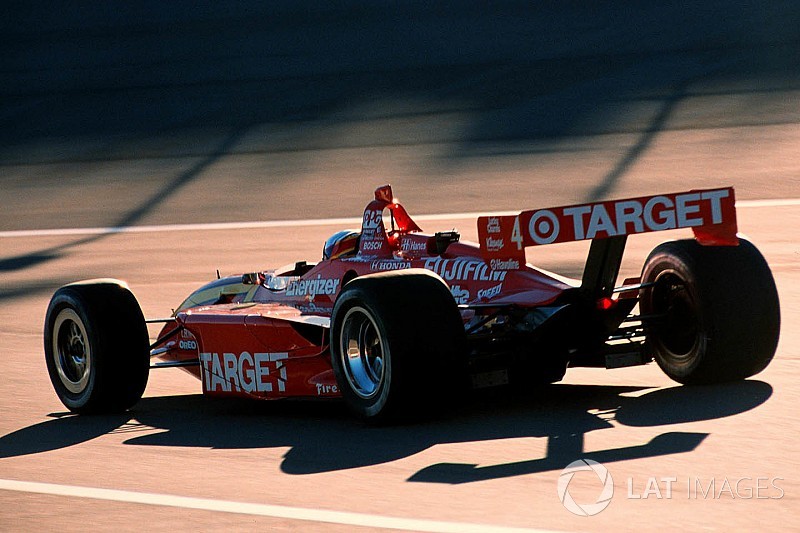 Twenty years ago, CART's bid to curb speeds led to a deeply divisive aerodynamic fix - the Handford device - a creation that some still suggest could be reintroduced to current IndyCar racing.

Enough was enough, and the breaking point was 240.942mph. That was the speed at which Mauricio Gugelmin lapped the Fontana superspeedway to take pole position for the 1997 CART season finale and claim a new record for fastest lap in motorsport history. To get that average speed, the PacWest Reynard-Mercedes driver had hit 250mph on the straights and 230mph in the corners.

For context, it was well above the previous record qualifying lap, 236.986mph set by Arie Luyendyk in the 1996 Indianapolis 500, and comfortably ahead of Gugelmin's nearest rival on the day, Jimmy Vasser, who qualified at 239.222mph. Considering that this year's Indy 500 pole was completed at 229.125mph, and Penske's Helio Castroneves reckons the upgraded 2.4-litre engines set to be introduced from 2021 will lead to laps in the region of 235mph, Gugelmin's was a staggering figure.

Robert Wickens – Do believe the hype