Andretti Autosport’s Ryan Hunter-Reay says he’s impressed by IndyCar’s 2020 aeroscreen after testing at Barber Motorsports Park today, his only misgiving being the need for improved cockpit cooling before the device comes online.

The 2012 IndyCar Series champion and 2014 Indianapolis 500 winner joined Team Penske’s 2016 champion and 2019 Indy 500 victor Simon Pagenaud at the 2.38-mile road course near Leeds, AL, for the first test of the Red Bull Applied Technologies-developed aeroscreen on a road course.

Hunter-Reay said that the screen didn’t cause an issue visibility-wise at the wide variety of corners around the track, as his Andretti Autosport-Honda turned “about three-quarters of a race distance” at the 16-turn facility, although he admitted it took a while to grow accustomed to the lack of airflow-generated sensations.

“It was actually really good,” Hunter-Reay told Motorsport.com. “The fit and application of the device was pretty impressive and I think IndyCar, Red Bull, PPG and all their partners did a really good job with it. Now it’s just working around the little things that need sorting out.

“From a driver’s perspective, it took some time to get used to. After racing single-seaters since I was 16 years old, having airflow on your helmet in conjunction with all the other sensory inputs you absorb has become a part of the experience of driving one of these types of car. So it took a little while to get used to not feeling or hearing that.

“The visual distortion wasn’t an issue. It’s like when IndyCar put the AFP [advanced frontal protection] device in front of us in May, it took a little while to get used to. Same with this screen, but by the end of the day you were totally fine with it. The tear-offs made a difference, but no more than you’d expect. Like, when I put a lot of tear-offs on my helmet, you get a little warping and distortion just because you’re effectively making what you’re looking through a bit thicker.

“Well, same here: if you run a whole lot of tear-offs on this, then you’ll expect the same thing, and when I asked to halve the number, that improved it. But from the vision perspective, honestly, the difference by having an aeroscreen was minimal, I’d say.

“We also ran in the rain and that was OK too, although there was no traffic because we were meant to run with Simon and he had an engine issue at the time.”

Hunter-Reay says that the wraparound nature of the screen meant that airflow to the driver was currently heavily compromised and that IndyCar was already on the case about changing that.

“It was probably low-to mid 70s but high humidity, and it wasn’t temperature in the car that was the issue but more airflow to the driver’s helmet. We worked through a lot of different options and found some good ones to go forward with, but it’s a work in progress. IndyCar has a lot of sorting out to do in terms of inlets, cooling vents, locations, NACA ducts and tubes to eventually use, but I think we were able to make a meaningful contribution to that.

“The issue is that our helmets are designed to take 230mph airspeed and distribute that airflow down to our face and around our head. When you then surround that helmet with an aeroscreen, you can put little ducts and inlets on the helmet but you’re not penetrating that helmet with air unless you open your visor.

“So at the moment you can feel the ducts directing air to your firesuit on the middle of your body and even as high as your neck, but getting up into the helmet, and around your nose and mouth was what we were experimenting with – that’s what felt like the most stagnant area to me. But we made some good gains later in the day using a hose arrangement, almost like a helmet blower setup.

The effect of the revised weight distribution of each IndyCar, caused by the 50lb (approximate) addition of the aeroscreen near the front axle, was not quantifiable due to Barber Motorsport Park resurfacing since the NTT IndyCar Series raced there in April.

“Unfortunately with it being our first test with the aeroscreen and also our first test on the repave, we had two variables,” explained Hunter-Reay. “So yes, I had a different balance today, but was that because of the new weight distribution? Was it the new track surface? They told me that since the new asphalt went down they’ve only had road cars and bikes on track, so there’s been no rubber laid down, there’s been no rain – until today, ironically! – to really wash and weather the surface… It was very, very green.

“I suppose I would say the car felt like it did have a higher C of G, there was a little more roll in the turns, but I wouldn’t want to draw any more conclusions than that.

“Also, it was a test for Firestone, so we ran last year’s compound, and then a lot of experimental tires, too. When it came to the long runs, we did about three-quarters of a race distance.

Aeroscreen the “right way to go”

Hunter-Reay, who over the course of his career has had several near-misses in terms of foreign objects threatening the cockpit area of his car, said he is very much convinced by the overall concept of the RBAT aeroscreen.

“Yeah, I think it’s definitely the right way to go,” he commented. “IndyCar’s been at the forefront of driver safety and racing safety for years and this is another step in the right direction.

“Obviously, this is how we work through things – start off with a great product because they’ve done a great job designing, and now we need to put it to the test, tweaking it, make the right changes and making it raceable on a road course, street course, short oval and superspeedway.

“There’s a lot of work to do on that side of it but I think the starting point is good and I’m certainly a fan of having my head protected for the first time in my open-wheel career. I’ve had more than my fair share of near-misses in that regard so I’m definitely pleased that we’re taking a step – a giant step – in protecting our heads.” 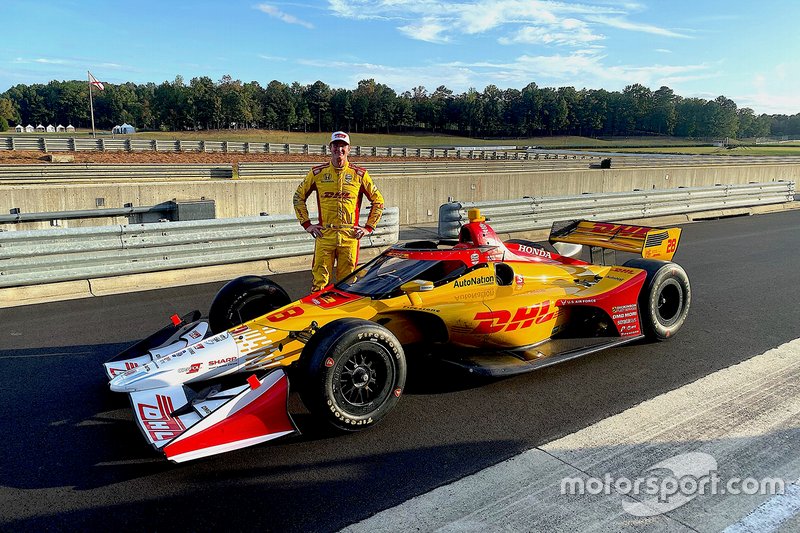