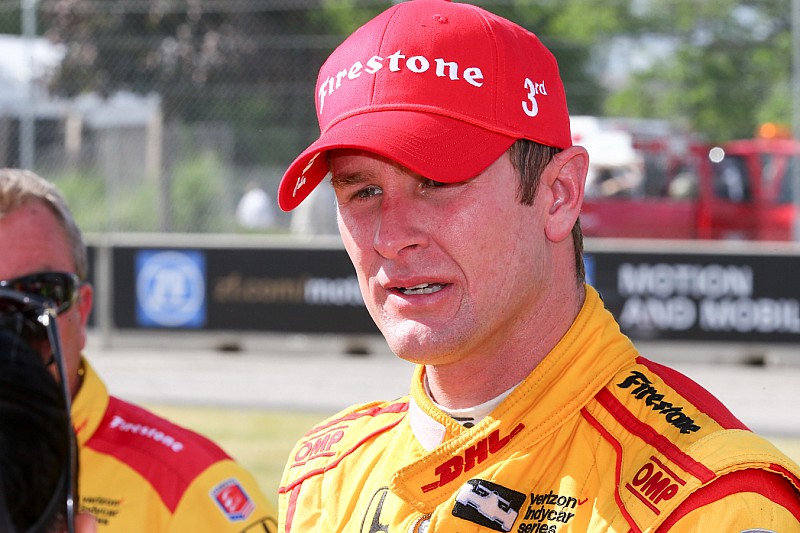 Ryan Hunter-Reay says losing a potential IndyCar win “almost brings you to tears” after he was forced to settle for third following two epic charges in Monday’s rain-delayed race.

Andretti Autosport’s Hunter-Reay started from the rear of the field in a backup car after his huge shunt in practice, but carved his way through the pack to take the lead on Lap 90.

But it was after a Lap 163 restart, just after he’d drafted past eventual race winner Will Power, when his engine died and he lost a lap while recycling his electronics system.

He recovered to finish a still-remarkable third, but was adamant he would have repeated his 2015 Pocono victory without the issue.

“It almost brings you to tears, leading the race and engine shuts off – what more can happen?” said Hunter-Reay. “Had a lot of fun out there if it’s any consolation, just driving through the field – twice – this 28 DHL Honda deserved to be in the fight for the win at the end. It was certainly the fastest car out there.

“I had the car under me to do it, I had everything I needed to, Firestones were excellent, so consistent through the whole run. I was so in the zone with that car today, and then for the engine to shut out while leading [laughs], this one’s going to be a hard one to put behind me.”