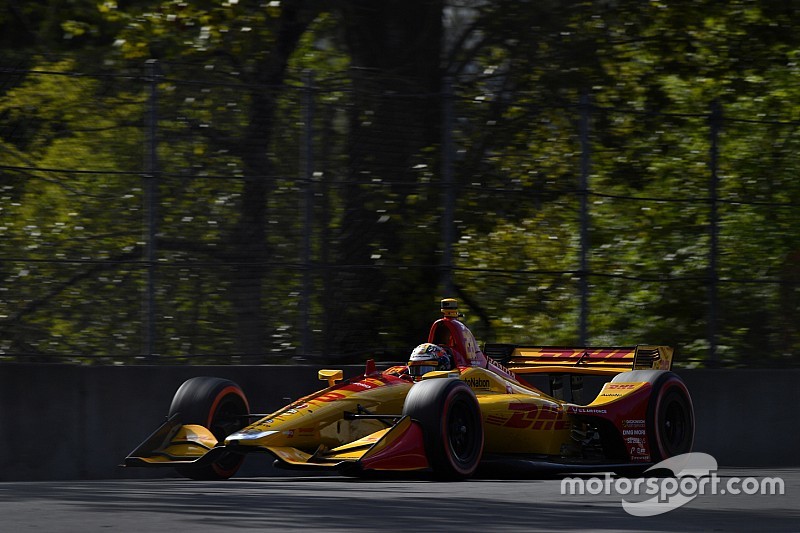 The 2012 IndyCar champion clocked a 58.273sec lap around 1.964-mile course, some 0.37sec faster than Veach, as the drivers investigated the durability of their Firestone primary and alternate compounds.

Colton Herta was fifth in the Harding Steinbrenner Racing-Honda just ahead of Alexander Rossi in another AA car, while Graham Rahal was seventh for Rahal Letterman Lanigan Racing.

Spencer Pigot showed a respectable turn of speed for Ed Carpenter Racing to be the only Chevrolet powered driver in the Top 10.

Conor Daly was ninth in his first race weekend for Arrow SPM this year, ahead of Felix Rosenqvist’s Ganassi machine.