Andretti Autosport driver Ryan Hunter-Reay says he was “baffled” by IndyCar points leader Josef Newgarden’s late attempt to pass him for third in the Honda Indy 200 at Mid-Ohio. 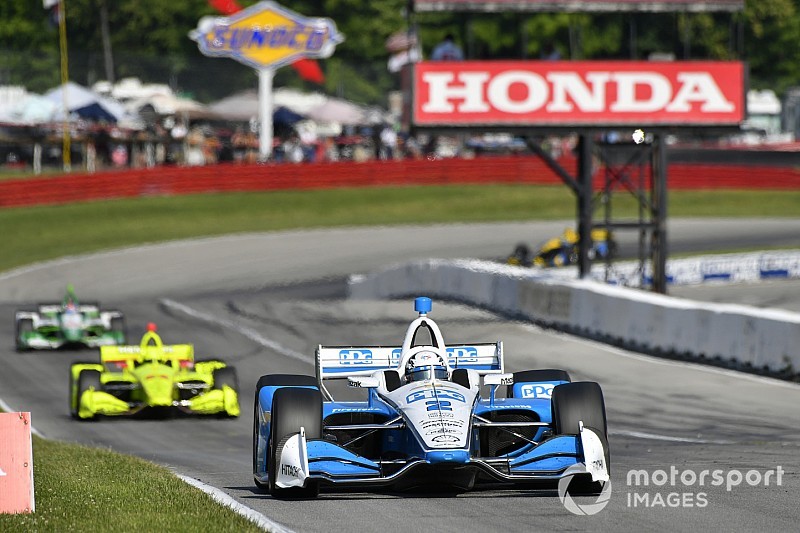 Hunter-Reay ended an 11-race streak without a podium to seal third behind the duelling Chip Ganassi Racing-Hondas of Scott Dixon and Felix Rosenqvist, but a last-lap clash threatened to ruin his race.

At the Keyhole hairpin on the last lap, Newgarden dived up the inside of Hunter-Reay, made contact, and then Newgarden spun into the gravel, ending his race.

“I'm not really sure what Josef was thinking there doing that,” said Hunter-Reay. “He tried to go around the outside, and the line through that corner is that you do a diamond and you come back to the apex, so he had to expect I was coming back at some point, and then just shoved his nose in there.

“I don't know, with the championship like that, leader, totally baffled me. I'm just glad it didn't cut down our right rear tyre after fighting like that all day."

Newgarden – who had recovered from a fuel issue earlier in the race to run fourth and best of the Penske drivers –  accepted blame for the incident, which allowed race winner Dixon to close the gap in the drivers' standings to 62 points with four races to go.

“I forced the issue probably,” Newgarden told NBC after the race. “I was trying to get on the podium there, I got inside of him and lost power, it started looping around.

"It’s my fault trying to force the issue there. I wish I could have maintained the engine. I wish we could have done a bit more at the end, it just wasn’t meant to be.”

Hunter-Reay has struggled in recent races, failing to score a top-10 for three races before Mid-Ohio, but his first podium since March's COTA race has lifted him to sixth in the standings.

“Obviously we've had a string of pretty poor results lately, and it's just a matter of execution,” he said. “Right now as competitive as this series is, if you're missing a tenth and a half here or a tenth there, it's a big deficit, and if you're not executing 100 percent on strategy or approach or any of it, there's going to be somebody else who is.

“Yeah, we just missed a few, and it's nice to be back where we should be when we executed. That's what we did today.” 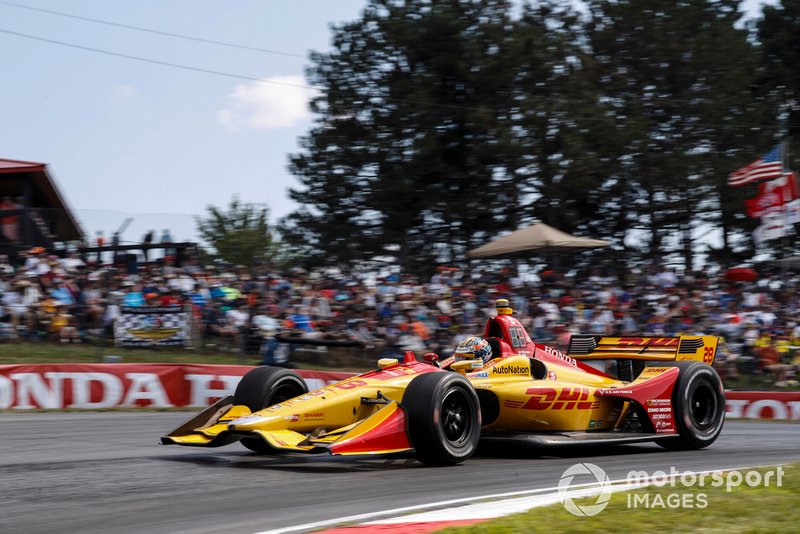