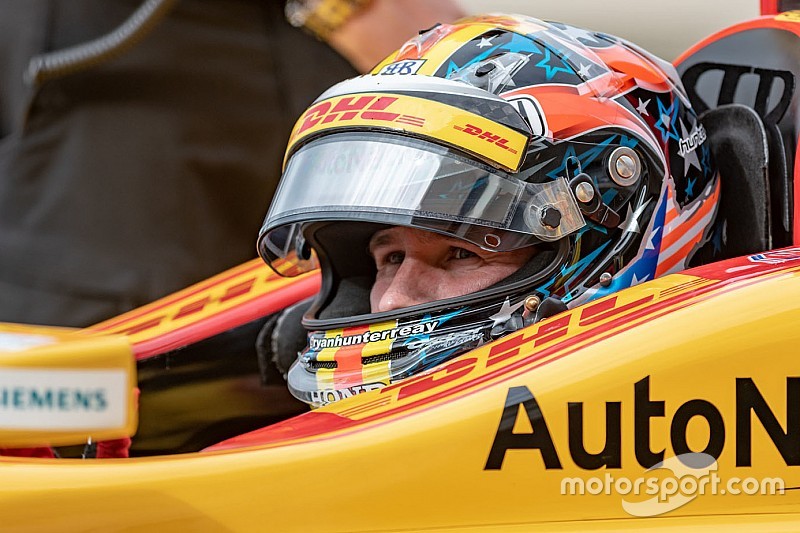 Former Acura Grand Prix of Long Beach winner Ryan Hunter-Reay admits that he can’t help thinking of the many times when the race got away from him.

Hunter-Reay has traditionally been a very strong performer at the venue which is now in its 45th year, its 36th as an IndyCar race, but has generally been blighted by misfortune here.

In 2011 he suffered a gearbox failure, he finished third in 2012 but was penalized for a clash with Takuma Sato, was involved in accidents in 2013 and ’14 (in the latter year he started from pole position), in ’17 he was in the fight for victory when his car broke down, and last year the #28 AA-Honda made contact with a wall.

“If I look back on the years, there's been a lot of missed opportunities,” said the 38-year-old. “Trust me, that's always on my mind.

“It's a great event to be part of it. The location, southern California, the track layout is my favorite street track layout, as well, even if it wasn't Long Beach. This place, outside of the Indy 500, is my favorite event, not only because it’s the second biggest.

"The fans are passionate about their IndyCar racing. They know who is who, what is what. They know why they're here. It's got everything. It's got the history of it.

Regarding his consistent speed at Long Beach over the years, Hunter-Reay explained: “It's one of those tracks you have to put it all together. But I just enjoy getting around this place. It suits my driving style. We've worked hard to put the setup on the car over the years. It's been a development in progress.

“Really, we're just getting back to finding our baseline. Last year, we had very competitive cars. Again, this year we rolled off with a really good setup.

“It was a good starting point. We've made some changes to it trying to find what to do, what not to do, as you regularly would on a street course. The tricky part of a street course is you have to keep up with the racetrack, you have to be proactive with keeping up with it. As you go through the race weekend, it's constantly changing conditions.

“So, yeah, it was a good first day. Definitely learned a lot. I know what to apply for tomorrow.”