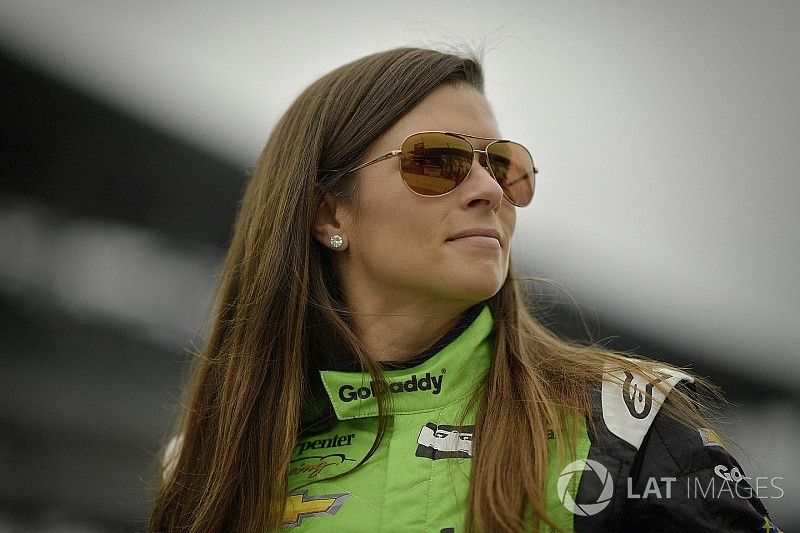 Danica Patrick, who will start her final race on Memorial Day Weekend, put her Ed Carpenter Racing-Chevrolet into Sunday’s Fast Nine shootout for her final race and said her overriding emotion was relief.

Patrick’s four-lap average of 227.610mph put her in eighth after everyone had completed their first runs, and as the Bump Day procedure began, Oriol Servia, Conor Daly and Jack Harvey all ran before three serious assaults on her time.

Andretti Autosport’s Ryan Hunter-Reay tried to improve his time and break into the top nine but couldn’t improve on 13th.

Then Scott Dixon, who had been sitting ninth, made a second run and his Chip Ganassi Racing-Honda beat Patrick to put her on the verge of being bounced out of the Fast Nine.

This looked a particularly perilous position when Alexander Rossi then went out to try and get his Andretti car into the Fast Nine and went 228.256mph on his first lap, and held 227.733mph on his second. However, his speed drifted away only slightly and he wound up a mere 0.05mph slower, confirming Patrick in ninth, and therefore in the fight for pole position on Sunday.

“I have high expectations for doing well here,” said Patrick. “That's why I was fortunate enough to be able to drive for Ed. They always have great cars, especially here at Indy. They're always very strong.

“But to think that I was going to come back and be in the Fast Nine right off the bat… I mean, I'm going to tell you, I was doing 208 at the test the first day and thought, ‘I might not be able to do this.’

"228 is much better. I definitely am relieved.”

Patrick pointed out that the focus from Tuesday through Thursday is on raceday running, a far cry from her early days in the 500.

“The tough thing is that… there's not that much qual sim running, mostly race running. It's hard to tell exactly where everyone is at. It used to be easier back in the day when the first week was dedicated to qualifying. Got a good feel for it.

“There's a bit of a question mark how fast people are, at least from my perspective, also getting familiar with the new combinations and drivers. I didn't really know.

“I think after yesterday, having done 228mph with three quarters of the track ahead of me open, I got that feeling like, all right.

“At the end of the day it was very stressful. So I'm looking forward to a fun day tomorrow.”