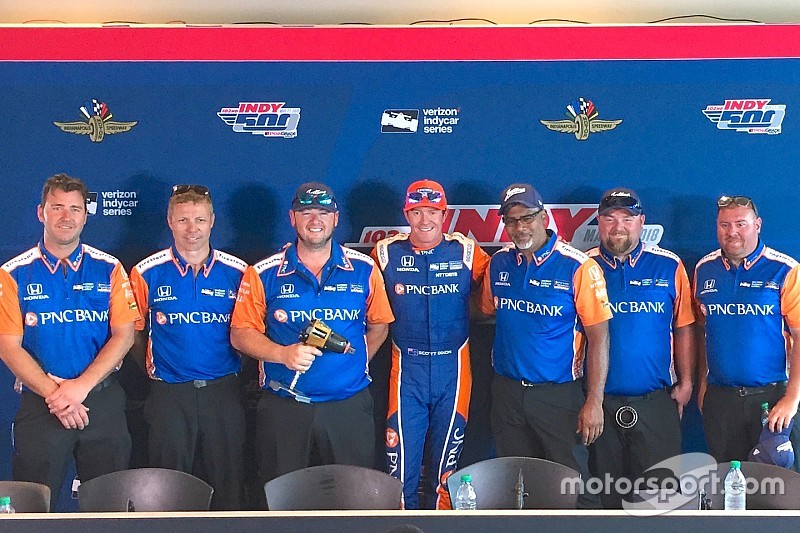 Defending Pitstop Challenge winners, Will Power’s Team Penske #12 crew, beat their teammates from the #1 crew of Josef Newgarden, but fell to Hinchliffe’s Schmidt Peterson Motorsports' team in Round 2 when the right-rear on Power's car proved obstinate.

Hinchcliffe’s #5 team, which had seen off their teammates from Robert Wickens’ car, then faced Dixon’s pitcrew. The four-time champions’ guys had already beaten their teammates on Ed Jones’ car, when the British youngster halted far beyond where his tires were waiting, and then also beat Andretti Autosport’s only entry, Alexander Rossi.

Thus Jones and Hinchcliffe met for the final round a best-of-three, swapping lanes in the first two, with the winner-so-far having choice of lane for the third run.

That ended with Dixon’s car sprint-stop-sprinting to the finish line in 11.943sec, beating Hinchcliffe by around half a second.

“Everybody is worried” about new IndyCar in heat, says Kanaan