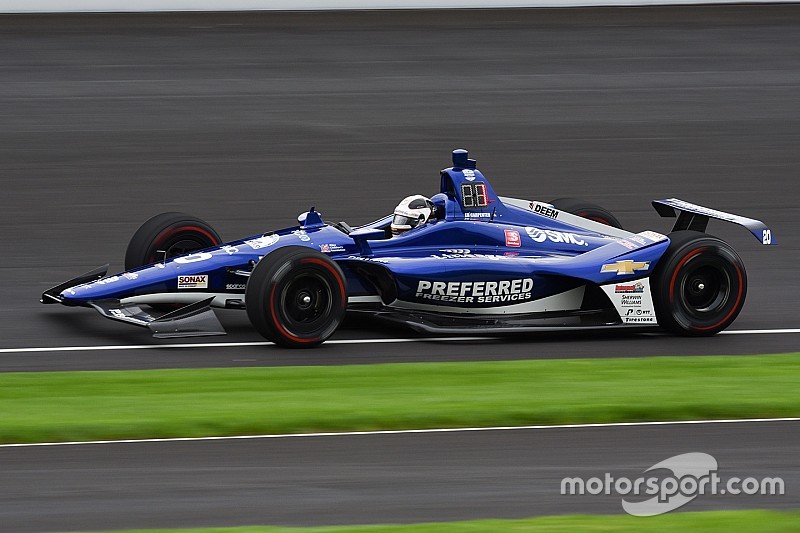 Carpenter in his Ed Carpenter Racing-Chevrolet clocked a 228.653mph lap of the 2.5-mile Speedway in the course of his 47 laps, edging Castroneves on 228.441.

Scott Dixon, 2008 winner, was ninth in the Chip Ganassi Racing-Honda ahead of the fastest Andretti Autosport car, that of Marco Andretti whose machine pays homage to his grandfather Mario’s STP-sponsored 1969 winner in dayglo orange.

Of the Indy-only teams, 2011 runner-up JR Hildebrand was fastest in the Dreyer & Reinbold Racing-Chevrolet in 13th.

Fernando Alonso turned 49 laps in the McLaren-Chevrolet, easily finished off his Refresher course and set a 224mph lap.