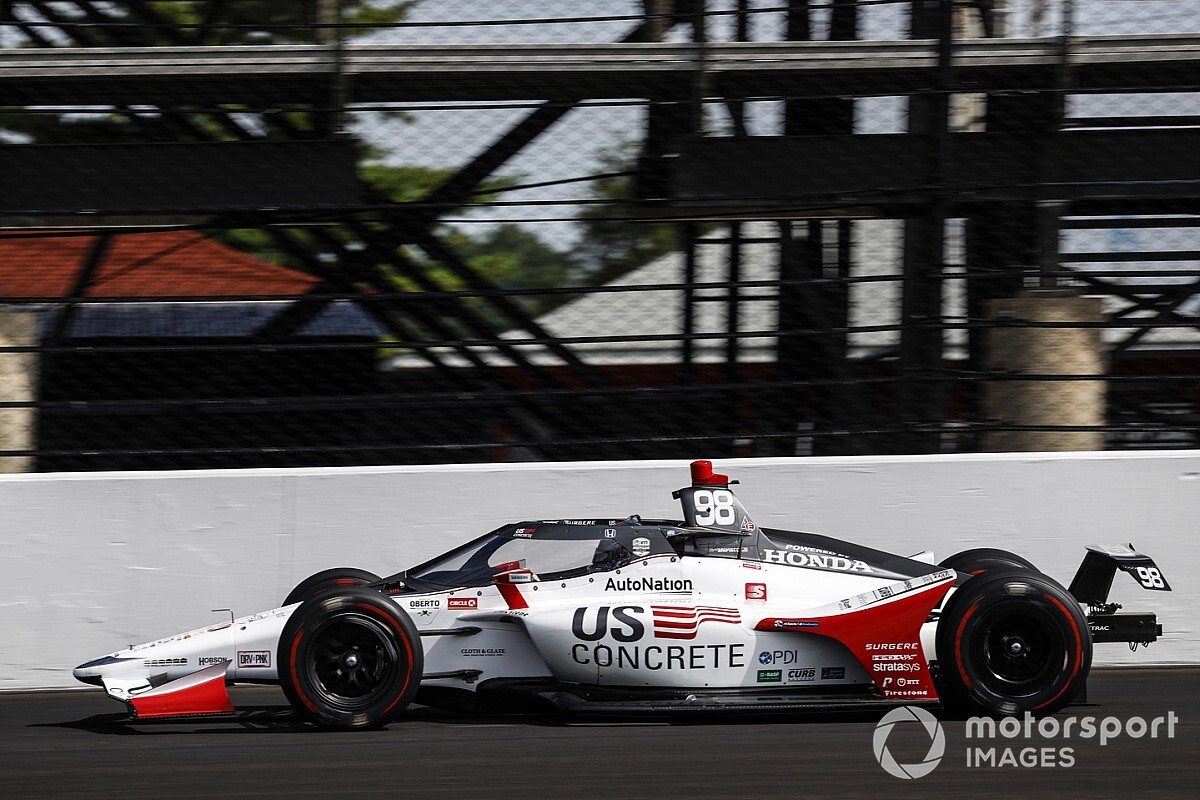 Marco Andretti leads an Andretti Autosport-Honda 1-2-3-4 after all 33 entrants have completed their initial qualifying runs, and only one Chevrolet-powered car is currently set to make Sunday’s Fast Nine Shootout.

Despite running 28th and therefore with the disadvantage of a far hotter track than his principal opponents, Marco Andretti – delivered the only 232mph lap of the session so far, shed 1.4mph across his four laps, but edged the previous best average of Ryan Hunter-Reay by 0.021mph.

Alexander Rossi and James Hinchcliffe – in his third and last outing of the season (for now) in the Genesys car – completed the top four.

One of the surprises of the session was Rinus VeeKay in the Ed Carpenter Racing-Chevrolet who was admittedly an early runner, but made the most of it to outpace Scott Dixon of Chip Ganassi Racing-Honda.

Another deeply impressive performance came from Alex Palou of Dale Coyne Racing with Team Goh, who shrugged off the slick track conditions of a hot afternoon to deliver P7 – ahead of all three Rahal Letterman Lanigan cars that had been blessed with the first, second and fifth runs of the day.

Josef Newgarden is top Team Penske-Chevrolet but only 13th, while teammate Will Power went in a different set up direction by stripping downforce, but while this worked on Lap 1, his speed drop off was far greater. The 2018 Indy winner currently sits only 22nd, albeit ahead of his other teammates, fellow 500 winners Simon Pagenaud and Helio Castroneves who were unlucky enough to draw a low number and ran in some of the worst conditions.

Fernando Alonso’s Ruoff Arrow McLaren SP-Chevy didn’t appear to misbehave – unlike, say, J.R. Hildebrand and Castroneves who had to save some alarming moments – but he currently sits in 26th.

Qualifying attempts can continue until 4.50pm ET, before positions 10-33 are set, and the participants in the Fast Nine battle are decided.