The 1957 Indianapolis 500 Rookie of the Year Don Edmunds, who became a racecar constructor, has died aged 89. 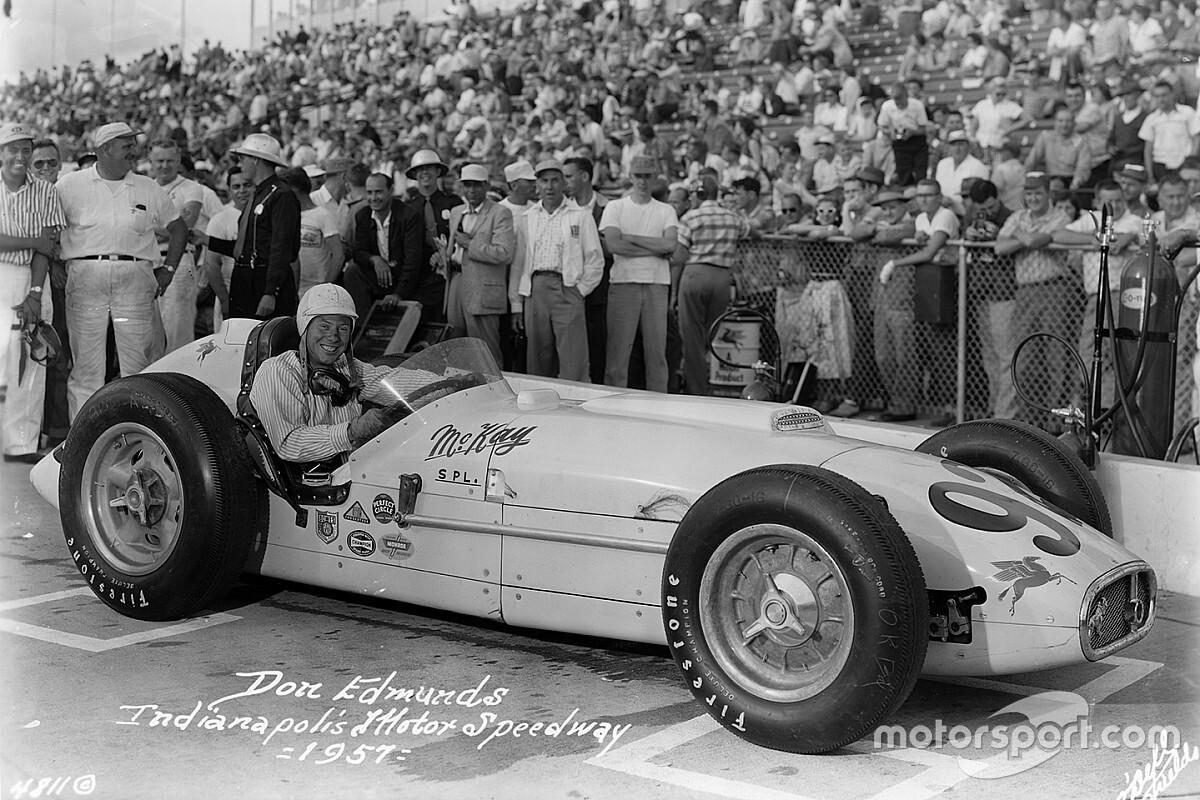 Santa Ana, CA. native Edmunds beat four other IMS first-timers to the ’57 Rookie of the Year honors after qualifying 27th and being classified 19th in the McKay Special Kurtis-Offenhauser. He had completed 170 laps before spinning out due to an oil leak.

Edmunds had been a jalopy and midget racer in his native state in California, and came to Indianapolis Motor Speedway in ’57 to drive a car owned by Doug Caruthers but couldn’t get the car up to speed. However, when another owner Roy McKay couldn’t get his car in the field with Leroy Warriner at the wheel, he invited Edmunds to try for him.

Edmunds success in getting on the grid did not open the floodgates for him at the Speedway, for the following year he returned with McKay but crashed in practice and was too injured to even make a qualifying attempt. His place was taken by Jerry Unser who qualified 24th but was eliminated in an opening lap crash.

Edmunds returned in ’59 but when he couldn’t get up to speed, having seen too many of his colleagues and rivals perish in accidents, he decided to quit as a driver but his passion for the sport and the IMS was undiminished. Having worked as a fabricator for the great Eddie Kuzma in the 1950s, Edmunds set up ‘Don Edmunds Autoresearch’ and became a midget builder in the ’60s, 70s and early 80s. His company also built supermodifieds, sprint cars and SuperVees.

According to today’s statement from IMS, his company also built the X-1 Skycycle prototype for Evel Knievel’s jump over the Snake River Canyon in Idaho. The X-2 Skycycle in which Knievel made the failed attempt at the jump in 1974 was based on the X-1.

Edmunds went on to restore vintage racecars and build scale models of racecars.

Edmunds’ passing leaves Paul Goldsmith and A.J. Foyt as the only living drivers who started an Indy 500 in the 1950s.