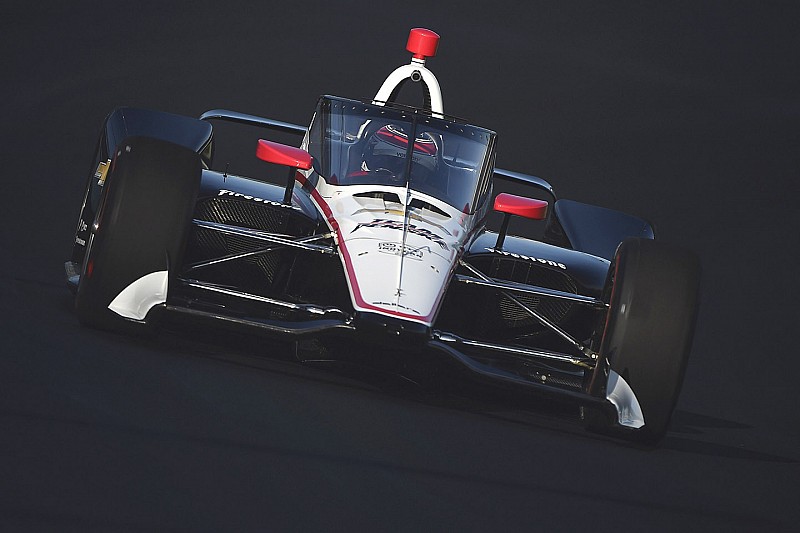 The Chip Ganassi Racing-Honda and Team Penske-Chevrolet hit the legendary 2.5-mile oval this morning, with the plan being to have the drivers run in high-speed formation to check reflections, visibility, distortion from the Aeroscreen and the titanium framework.

This frame attaches to the chassis centerline on the AFP device which became compulsory at last year’s IndyCar Grand Prix at IMS road course, and at the base of the rollhoop.

The RBAT design uses a polycarbonate laminated screen with an anti-reflective coating on the interior, an anti-fogging integral heating element and tear-offs, while the frame is built by Pankl, an Austrian company that supplies racing and aerospace industries. Another feature will be a cockpit-cooling duct designed and built by Dallara.

As Motorsport.com revealed last month, next Monday at Barber Motorsports Park, Simon Pagenaud and Ryan Hunter-Reay will conduct the roadcourse test, while on October 15 Dixon and Josef Newgarden will check out the device on a short oval – Richmond Raceway, which returns to the IndyCar schedule in 2020.

Power: After a day “you’d feel naked” without aeroscreen