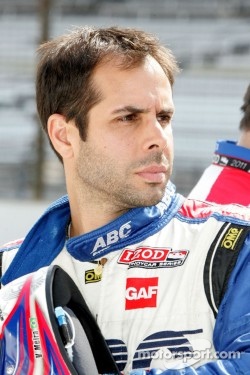 Meira’s predictions? “I think the Motegi race will be good for us. It’s the first time we’re going to be on the road course at Motegi, but so is everybody else. With new tracks we’ve been doing well this year so a top-10 is very possible there. The primary goal is to finish well enough to gain positions on the championship point standings. The final goal is a top-five position and we can definitely do it.”

Meira on the final race in Japan: “I’m sad because I really like to go to Japan, not only to race but also to meet the people – they are always very kind—and to know more about the culture in the country. I’m sad that it is the last IndyCar race held in Japan but for sure it is not the last time I will go to Japan. I will definitely go back there to visit.”

Meira’s fondest memory of Japan? “What I most remember about Japan is how kind everybody is and how respectful of their own work everybody is. I admire that and I want to learn to appreciate more the things I do. On a lighter side, after every race we always go out and have fun in Tokyo, which is a fun city, so I remember a lot of parties and a lot of fun times that involved more drinking than I needed.”

Rookie Andrew Copeland won the Jim Greer Award of Excellence for the Baltimore Grand Prix. Copeland, the newest mechanic on the team (he joined in 2010), became part of the over-the-wall gang and now changes the inside front tire on pit stops. His debut in Baltimore was flawless. Jim Greer, longtime friend of A.J. Foyt, created an award to recognize outstanding performance at race events among the Foyt team members. The recipient, determined by team manager Craig Baranouski and crew chief Tom Howatt, receives a monetary bonus and his name (and the race) engraved on a plaque which hangs in the AJ Foyt Racing Showroom.

Texas wildfires: A.J. Foyt’s ranch as well as the homes of son Larry and several crew members were under evacuation orders for the last week but those orders have been lifted as the fires in the area have been 85% contained (as of this writing). Sadly, Foyt’s niece and her family (who were out of state at the time) lost their home in the ‘Magnolia’ fire northwest of Houston which was the source of the threat to the Foyt ranch. For the third year in a row, Foyt will not travel to Japan but that decision was made before the recent outbreak of devastating fires. Larry will be calling the race as he has for the team this entire season.

Past performance in Japan (not especially relevant since all occurred on the oval track): Meira’s best start was seventh in 2005 and his best finish was 10th in 2006. The Foyt team’s best finish came in 2008 when Manning finished eighth and their best start was ninth in 2006 with Felipe Giaffone. Good news for Meira is that he is 10th in the road/street course championship (as opposed to 17th in the oval track series) so the switch from the oval to the road course in Twin Ring Motegi could result in his best ever finish in the land of the rising sun!

The final Indy Japan race will be shown live starting at 11:30 PM ET Saturday night, Sept. 17 on Versus.