The NTT IndyCar Series has confirmed that this year’s Toronto round will not directly be replaced, thereby reducing the schedule from 17 to 16 rounds.

It was mid-May when IndyCar revealed that the Toronto street race around Exhibition Place would have to be scrubbed from its schedule for the second straight year due to restrictions caused by the COVID-19 pandemic.

At the time IndyCar said it was “considering various scenarios” for a replacement race, with one favorite being a third race on the Indianapolis Motor Speedway road course alongside GMR Grand Prix of Indianapolis and next month’s Verizon 200 on Brickyard weekend, when IndyCar will share the venue with NASCAR.

There was also the possibility that Toronto’s promoters, Green Savoree Racing Promotions, might be ‘thrown a bone’ by hosting a double-header at one of their other venues, such as Mid-Ohio or Portland

However, senior insiders at Penske Entertainment informed Motorsport.com that turning any forthcoming dates into a double-header offered very little return on investment for any promoter unless additional sponsorship could be found – which would be exceedingly unlikely given the short notice. Therefore the likelihood was that IndyCar’s much-loved Toronto event, which was first held in 1986, would not be replaced this year.

And so it has proved. Dave Furst, VP of communications at IndyCar sent out a statement this afternoon:

“Last month, due to restrictions in Ontario focusing on COVID-19 health-and-safety measures, organizers of the Honda Indy Toronto and the NTT IndyCar Series announced the cancellation of this year’s event. In a decision based on the strength of the remainder of the 2021 schedule, we wanted to touch base to let you know we will not replace that event on this year’s calendar…

“The NTT IndyCar Series looks forward to the remainder of a strong and compelling 2021 calendar. The schedule is set with legendary road and street courses and a daring oval, which have become trademarks to winning the series championship and the Astor Cup.

A historic Indianapolis 500, combined with other thrilling and memorable spring events, has highlighted the series’ exciting mix of youth and highly established stars. This year’s 16-race schedule has set the stage for a tremendous stretch run.”

This is still two more races than in the COVID-afflicted 2020 season which had to feature five double-headers to make up for canceled races. 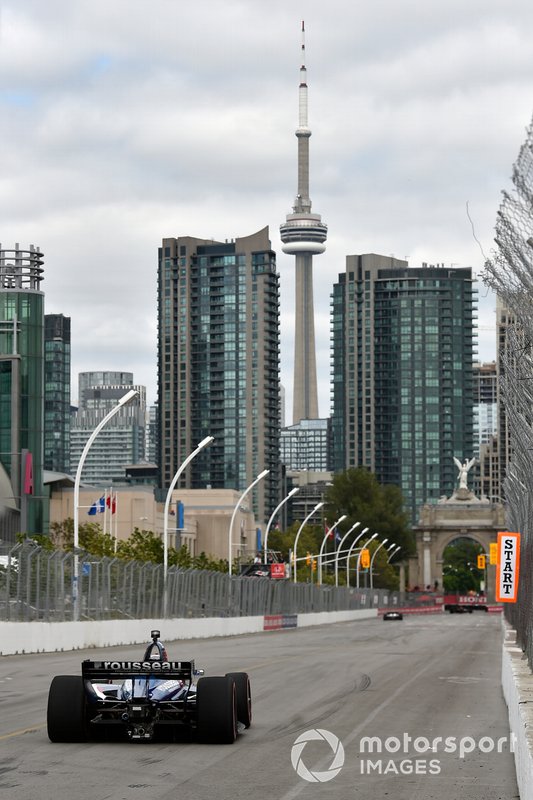