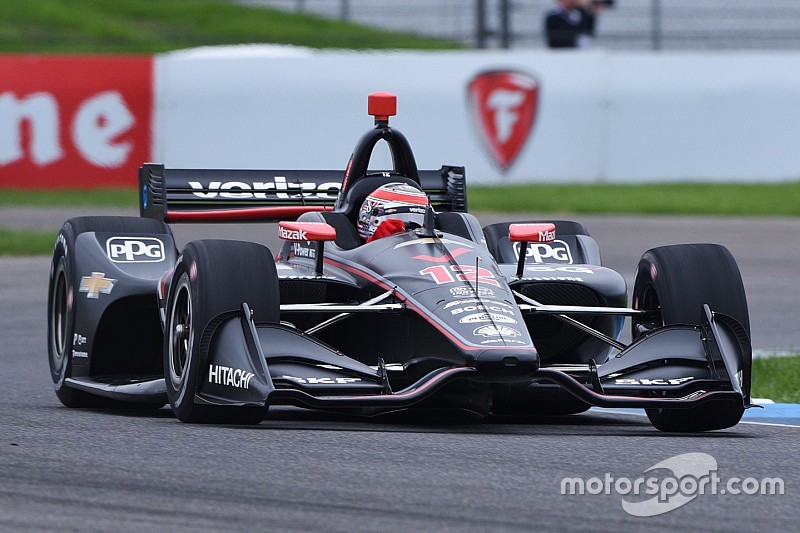 After temporary returnee Team Penske-Chevrolet teammate Helio Castroneves spun, stalled and brought out a red flag with 2min30sec of the session still to go, drivers were able to hit the track for one final flying lap, and Power leapt from eighth to first with a 69.289sec lap, an average speed of 126.721mph.

Dixon’s Chip Ganassi Racing-Honda teammate Felix Rosenqvist took a trip through the Turn 1 grass and came to a halt but didn’t stall and, the Swede wound up quickest of the rookies in fourth, 0.0736 behind his teammate.

In ambient temperatures of only 50degF and 60degF track temps, the black primary tires had appeared to struggle to get up to temperature, but the last-minute sprint in fact saw not only Power but also six other cars improve, including two of his Penske teammates, Josef Newgarden and Simon Pagenaud, who finished fifth and eighth.

Sandwiched between them were the two fastest Andretti Autosport-Hondas of Ryan Hunter-Reay and Zach Veach, while Alexander Rossi was 10th in a third Andretti car.

Patricio O’Ward, recently announced as a Red Bull Junior Team driver, spun his Carlin-Chevrolet while still warming up his tires early in the session and caused a red flag when he stalled but finished 16th, within half a second of Power’s top lap.

Only Brazilian veterans Helio Castroneves and Tony Kanaan were more than a second away from P1.