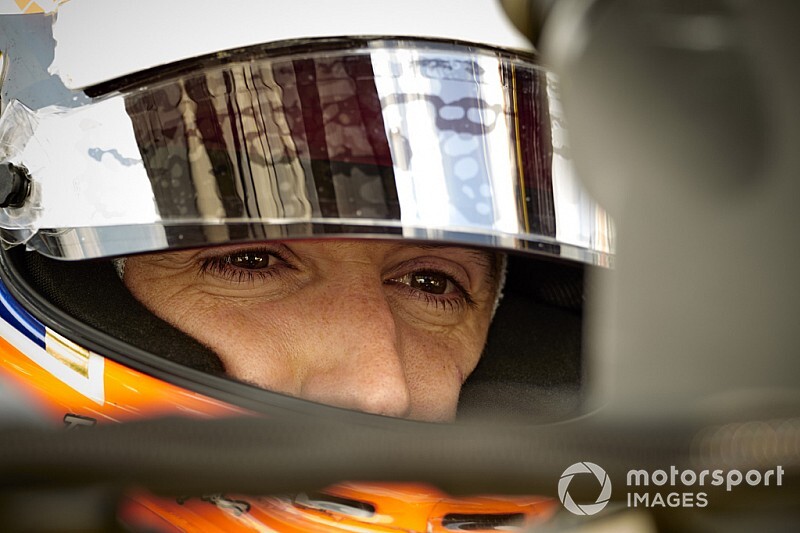 Analysis of the big IndyCar questions of 2020 continues with the subject of James Hinchcliffe who lost his ride last fall, but may have struck gold with a sponsor that can help him land a dream drive. The Canadian star explains the situation.

Despite the news only being confirmed Oct. 30, Arrow McLaren SP’s dumping of James Hinchcliffe was a blaze of a story that rapidly spluttered out for want of fuel to feed it.

Team co-owner Sam Schmidt described the decision as gut-wrenching, McLaren CEO Zak Brown said that, after “consulting with all the stakeholders”, grabbing Patricio O’Ward and Oliver Askew to replace Hinchcliffe and Marcus Ericsson had been the best decision for the team.

Meanwhile the fans, many shocked at the team’s late change of heart, were left pondering Hinchcliffe’s future but had little to go on. Then Sebastien Bourdais was released by Dale Coyne Racing and suddenly the ground movement beneath the IndyCar paddock was emanating from a new epicenter.

As for Hinchcliffe himself, he issued a dignified statement on the day his departure from AMSP was announced, stating his aim to still land a full-time 2020 seat, but thereafter maintained radio silence on the subject of his immediate future.

That's because a plan was hatching, and it culminated in the news last week that Indianapolis-based company Genesys, described as a “leading provider of technology that connects every customer conversation on any channel”, would be Hinchcliffe’s primary sponsor for the Month of May – both the Grand Prix of Indianapolis and the Indianapolis 500.

Genesys CEO Tony Bates said: “Hinchcliffe brings an incredible level of skill and charisma to IndyCar, not to mention his genuine empathy for other teams and drivers. These very attributes are critical for organizations as they establish trust and loyalty with their most important asset: their customers.

“And, that’s what makes Hinchcliffe the perfect person to represent our company. We are thrilled to align ourselves with this talented driver and a sport that gives hundreds of thousands of people an experience like no other each and every May.”

It’s a slightly unusual but very logical way for a driver to sell him/herself: “I have this sponsor, this amount of money to fund a ride in two events, including the biggest race in the world. Who wants me most?” But it is entirely in keeping with the unusual way the deal came about, as Hinchcliffe explains to Motorsport.com.

“This is actually going to go down as a case study in some motorsports business class,” he chuckles. “The conversation started from an Instagram direct message. One of the Genesys employees reached out to me enquiring what the rough cost of a sponsorship was. I’ve been in the business a long time and you receive messages like that every once in a while and you think, ‘Yeah, OK, the guy read a story in the paper and maybe thinks he can throw ten grand our way and it’ll help the cause.’

“But I gave a quick synopsis of what it takes to run an IndyCar at the Speedway expecting to never hear back from this person ever again, and instead I got a reply saying, ‘OK, I’m going to run this up to my CMO and I’ll get back to you.’ And sure enough he did, and the response was positive.

“We stood on stage on January 16, barely two months since initial contact, and told everyone at Genesys that I’ve been part of a lot of sponsorship deals over the years but I have never seen a company of this size – which had never been involved in motorsports before – understand, embrace and really champion a program like this so quickly. To be that responsive and get on top of all it entails so quick was unbelievably impressive. So I’m super-excited to fly the Genesys colors at the 500 this year.”

It’s good to hear the six-time IndyCar race-winner – three victories with Andretti Autosport, three with what was then called Schmidt Peterson Motorsports – sound so positive again after the cruel blow to his pride last October. Hinchcliffe’s demeanor, charm and eloquence have made him a dream ticket for many teams and sponsors since he arrived in IndyCar in 2011, especially once he proved he could win races, too.

Ask him if he now feels empowered by Genesys, so that he has his pick of the teams that are prepared to run an extra entry at Indy, and he replies: “Well, luckily I have a lot of contacts in IndyCar and a good reputation so we’ve been carrying on conversations since the beginning of November when my situation changed, but it’s nice to now have [the Genesys deal] official and signed and announced so it makes those conversations with team owners a little easier. It’s not a case of, ‘There’s this company that I’m talking to…’ ; it’s now, ‘Hey, Genesys wants to play, they’re serious about it, let’s go racing.’

“So now preliminary conversations we’ve been having with teams have been advanced to that next level and we have the opportunity to choose what’s the best option.”

Defining ‘the best option’ is vital before taking the plunge. There are IndyCar teams that may deliver a super-fast car for the 500 but then fall down in the marketing department, sometimes by not throwing enough human resource at the task and/or allowing their extant full-time sponsors dwarf the commercial push of the Indy-only one-off. Hinchcliffe says finding the best value for Genesys’ money has become his guiding tenet when weighing up his options.

“Racing is still business to a certain extent,” he says, “so we want to find the best solution not only from the competition side but also from the commercial side. At the end of the day, we don’t get to go racing without the support of our partners, so making sure that we find a home that is appropriate for everybody and at the same time gives us the best shot of being competitive in the race, that’s going to weigh on the decision.

“And so is the line-up that’s offered regarding race engineer, pit crew and so on. When you’re a Month of May-only program, you know that you’re not necessarily getting a full stack of starting players, but on the other hand, I have been part of quite a few teams that have run extra programs at the Speedway and I’ve seen a lot of mechanics and engineers that have shown up for that one race and been very successful.

“So I have that knowledge of what I’m looking for, both personnel-wise and from the team itself, so I’m confident that we can put out a really strong team from top to bottom.”

And we can be assured his car will rely on Honda horses, given his ties to HPD and Honda Canada. Yes, what should have been the final year of his second three-year term with Arrow McLaren SP would have seen he and the team switch to Chevrolet – “I am loyal and was prepared to honor my [Arrow McLaren SP] contract. That’s something that I do, something that helps me sleep at night” – but now that he has a choice, he’ll be returning to the HPD fold.

“Honda and I have been close partners for a long time now and loyalty is very important to me,” he says, “so yes, the leading contenders for us at Indy are Honda-powered, and we’re down to a handful of potential options.”

For now it’s an Indy-only program but Hinchcliffe is in a wait-and-see mode regarding races beyond May. For instance, it doesn’t take a lot of foresight to recognize that Toronto race organizers Green Savoree may regard Hinchcliffe’s presence in an IndyCar as near-essential. James isn’t prepared to delve into specific ideas at this stage, but explains it thus:

“For Genesys to have the sort of budget flexibility that late in the year to allow us to put together this Indy deal was impressive,” he says. “Genesys is a global brand with offices all over the world, and now we’ve created interest within the company all over the world as this program came to life. Right now we’re slated for just the Indy Grand Prix and the 500. But there is an opportunity to maybe add some more IndyCar outings.

“And without me saying too much, there are other motorsports opportunities that have been mentioned and discussed, and the interesting situation I’ve been put in this year has given me a chance to maybe explore some of those opportunities. Obviously, if there’s a way to benefit Genesys, we’d love them to be on board for it.

“But all that’s in early discussions as we’ve been focused on getting the Indy program sorted.”

For Hinchcliffe, the Indy 500 has produced a near-death experience (2015), an overwhelmingly emotion-laden pole run (2016), a stunning and distressing DNQ (2018) and a head-down last-chance charge onto the grid following a shunt on main qualifying day (2019). No one can know what lies in store for the popular 33-year-old this Month of May, but after his shocking news three months ago, there are hundreds of thousands of fans who'll be relieved to know Hinch is in the mix at the Speedway again this year – and hopefully beyond.