IndyCar to run hybrid units from 2022 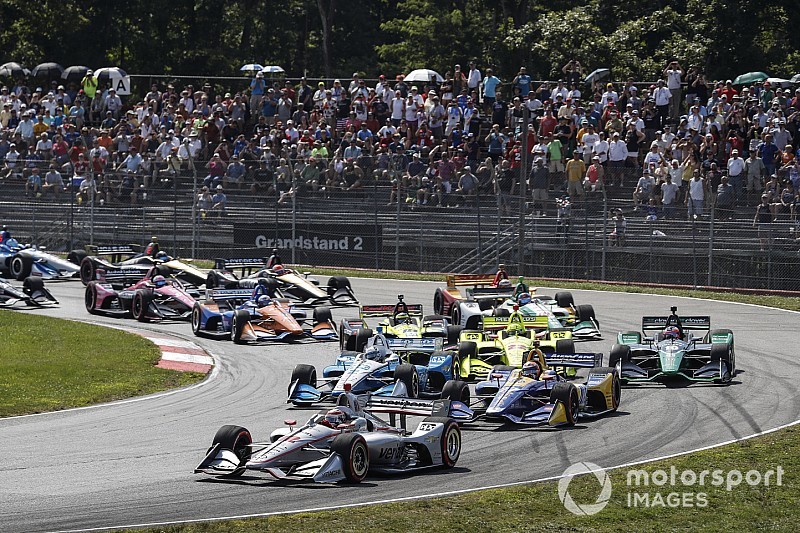 The NTT IndyCar Series has delayed its next engine formula by a year in order to integrate a single-source hybrid system, with the intention that the units will improve competition and also attract more OEMs to compete with Honda and Chevrolet.

The hybrid system will work in parallel with the Ilmor-built Chevrolets and Honda Performance Development-built Hondas to produce “in excess of 900 horsepower”. The hybrid technology will consist of a multi-phase motor, inverter and electric storage device creating energy recovery from the car’s braking system.

IndyCar believes the addition of the hybrid technology will aid drivers in allowing them to restart their cars without outside aid from the AMR Safety Team following an incident, and therefore improve the race fan experience by reducing the length of caution periods, “and potentially improve the pace and overall time of races.”

The sheer weight of ‘traditional’ self-starters had prevented them being integrated into IndyCars hitherto, since increased mass – particularly at or beyond the rear axle – would increase the momentum of spinning cars, a major worry given that there are still several ovals on the schedule.

Although details have not yet been finalized, the hybrid powertrain will increase the horsepower provided by the push-to-pass system used on road and street courses. The current system sees the BorgWarner twin-turbos increase in pressure from 1.5-bar to 1.65-bar, offering approximately 60hp extra for a total of 200 seconds per race.

The original plan to enlarge the current 2.2-liter V6 twin-turbo engines to 2.4-liters but retaining the current architecture was announced in May 2018, with the intention to introduce the new formula for the 2021 season. However, in April of this year, IndyCar president Jay Frye admitted that the new engine could get pushed back by a year to provide more time to entice additional manufacturers.

With this announcement, IndyCar has confirmed not only that the new engines will arrive simultaneously with the next-gen spec Dallara chassis, but also that the new engine formula – as yet undefined in terms of engine size – will run from 2022 through 2027.

“It’s an exciting time for IndyCar with the forthcoming evolution of the cars and innovations like the hybrid powertrain being incorporated into the new engine,” said Frye. “As we move toward the future, we will remain true to our racing roots of being fast, loud and authentic, and simultaneously have the ability to add hybrid technology that is an important element for the series and our engine manufacturers.”

Honda Performance Development president Ted Klaus said: “Honda is committed to racing in order to develop people and technologies relevant to the future of our sport and our world. IndyCar offers us the perfect platform to prove out both people and technologies in an environment where measurement of successes and failures is crystal clear.”

Chevrolet’s VP of performance and motorsports Jim Campbell added: “Chevrolet supports delaying the implementation of the revised engine regulations until 2022 to coincide with the NTT IndyCar Series’ introduction of new technologies with the chassis.

“The partnership between Chevrolet and IndyCar remains a strong platform for showcasing relevant technologies that we incorporate in our production engines, and transfer learnings in performance, reliability and efficiency between the racetrack and the showroom.”