Pocono Raceway’s future as a venue for the NTT IndyCar Series remains in the balance, although the track’s CEO Nick Igdalsky is hoping the series will return after its current commitment expires after the next round. 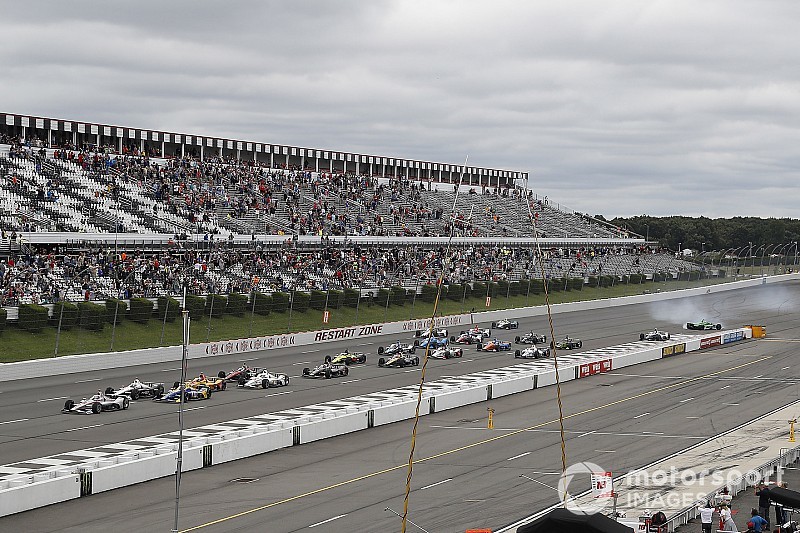 The famed tri-oval, first used by Indy cars in 1971, returned to the IndyCar schedule in 2013 after a 24-year hiatus, but its paying attendance figures have never matched original ambitions. This is despite the tickets being regarded as good value, with grandstand seats for this year’s race (August 18) ranging from $45-$95.

Last weekend, following the announcement that Pocono may run a NASCAR double-header next year, Igdalsky said of the track’s IndyCar future: “The ball’s in their court; we want [the series] back. “We got some ideas that we threw out, so we’re just waiting to hear back. I think they had some other things they were working on, but we’ve been in communication.

“If the cards align, great. If they don’t, there’s some options we’re looking at for that as well.

“[But] I’d love to have them back. I love to see those cars race here. It’s an unbelievable sensation of speed just from watching them dive into Turn 1. Hopefully they come back.”

Stephen Starks, IndyCar’s VP of promoter and media partner relations, told Motorsport.com: “IndyCar is still in the process of finalizing the 2020 schedule, and how it relates to Pocono.

“Although no decision has been made, we have been communicating with Pocono Raceway's leadership, and we’re looking forward to being there in a few weeks for our race, when we will speak again about our future.”

IndyCar to run hybrid units from 2022