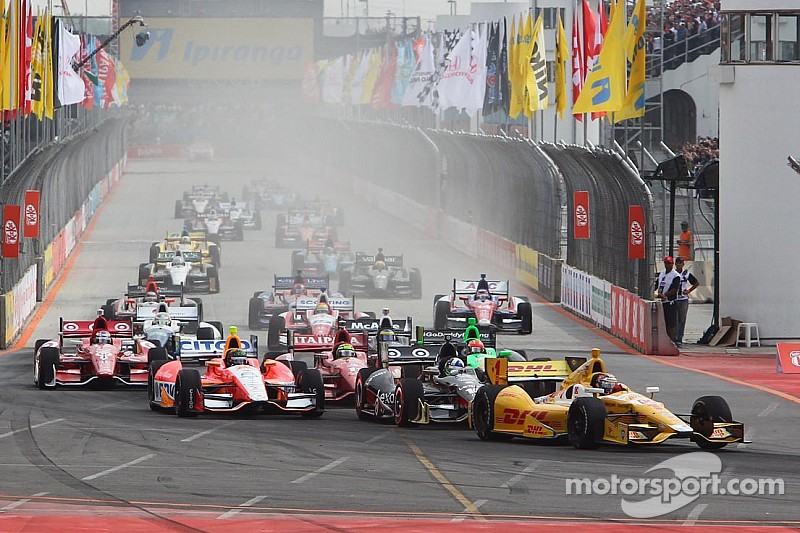 Reports coming from a Brazilian sports news site state that the event has been cancelled.

If you bought plane tickets and hotels for the Verizon IndyCar Series season starter at Brasilia next month, now would be a good time to check and see if you can cancel, because news reports coming from that country on Thursday indicate the race is off.

BAND TV, which has been working with the series for a number of years and featuring programs about the many Brazilian natives that compete in INDYCAR and its ladder series, was the promoter of the event. It released a statement concerning the race, which had been scheduled for March 8 and was intended to be the 2015 season opener.

Using Google Translate, this is what the broadcaster said:

“The Band announces that Terracap, Development Agency of the Federal District, which hired the broadcaster to perform the Brazilian round of Indy, unilaterally canceled the race scheduled for March 8. The cancellation of the ‘Brasilia Indy 300’ was informed the direction of the station on the afternoon of Thursday (January 29). Band will inform in the next few days how those who have bought tickets will be reimbursed.. The station regrets this reckless attitude and will continue investing in the promotion of sports and big events.”

No go for Brazil

It’s easy to see that BAND TV isn’t happy about this turn of events and, I’m sure, neither is INDYCAR and Tony Cotman, who had been assisting the circuit’s preparation for this race. In fact, just two days ago the series’ website was touting ticket sales for the inaugural Brasilia Indy 300, stating that five of the 10 grandstands at the Autodromo Internacional Nelson Piquet circuit had been sold out.

The circuit, which opened in 1974 had been undergoing a major capital improvement project that was under the direction of Terracap, the state- and federally-owned district development agency in Brazil. The 3.403-mile, 12-turn road course hadn’t been used in some time and Terracap had been busy reconfiguring several corners to make the circuit more raceable.

Because of this cancellation, the INDYCAR season will now start the final weekend of March at the Firestone Grand Prix, held in St. Petersburg, Florida. This race will also mark the start of the new aero kit era, with teams using aerodynamic kits constructed and sold by their respective engine manufacturers, Chevrolet and Honda.

Barnhart back to Race Director role