1. Schmidt rejoins IZOD IndyCar Series as owner: Shortly after being paralyzed in a testing accident 10 years ago, Sam Schmidt started a race team to compete in the IZOD IndyCar Series. Though he transitioned that team into a Firestone Indy Lights powerhouse, he always had his eye on returning to the top-level of Indy car racing. 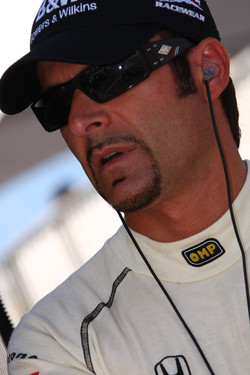 In less than a month, Schmidt will return as a full-time owner in the IZOD IndyCar Series.

Schmidt announced Tuesday that he has acquired the assets of the FAZZT Race Team, which debuted in the IZOD IndyCar Series in 2010 with Canadian Alex Tagliani and will enter the team's No. 77 Honda-powered Dallara in 2011 as Sam Schmidt Motorsports with Tagliani as the driver.

"This is a fantastic time for me, my family and everyone at Sam Schmidt Motorsports," said Schmidt from his Indianapolis race shop. "Though we competed in the IndyCar Series in 2001 and 2002, I can now admit we were naive in our understanding of what it took to be successful at the top level of open-wheel racing in the United States. Ten years later, I have a much better understanding of what it takes to go Indy car racing."

In addition to acquiring the cars and equipment, Sam Schmidt Motorsports will retain FAZZT employees for continuity into the 2011 season. SSM will retain the full sponsor support from Bowers & Wilkins (B&W) in the season-opening Honda Grand Prix of St. Petersburg March 27.

"Our support for Alex (Tagliani) will transition with him to Sam Schmidt Motorsports," said Joe Atkins, chairman of Bowers & Wilkins. "We are excited about this new relationship and look forward to supporting Sam and the team in any way we can."

Schmidt stressed that acquiring the FAZZT assets and an additional IZOD IndyCar Series program will not detract from his team's existing plans for 2011. His team has already announced plans to field a car for Jay Howard at Indianapolis and Wade Cunningham for three other IZOD IndyCar Series events.

"We have worked hard to accomplish what we have in the Firestone Indy Lights series and, most importantly, we have built a team around a group of great individuals," Schmidt said. "That, combined with the excellent talent base at FAZZT Racing, should create a powerful combination. This in no way will interrupt our plans to compete strongly for the Indy Lights championship, and we all look forward to the challenge of being equally as competitive in the IZOD IndyCar Series."

In the upcoming weeks, Schmidt will have additional announcements regarding the 2011 season, including detailed plans for his team's effort at the Indianapolis Motor Speedway in May.

2. INDYCAR unveils process for requesting Las Vegas race tickets: Race fans looking to take advantage of INDYCAR's offer of complimentary tickets to its season finale in Las Vegas will have two simple ways of doing so.

INDYCAR recently announced that fans purchasing a ticket to any IZOD IndyCar Series race during the 2011 season are eligible to receive a complimentary ticket to the championship race.

Beginning March 21, fans can redeem this offer by visiting www.indycarworldchampionships.com or stopping by the INDYCAR Fan Zone or other designated locations at-track.

Fans will have seven days following the completion of each race attended to register for complementary tickets. The offer is limited to the first 80,000 tickets.

INDYCAR, the sanctioning body of the IZOD IndyCar Series and Firestone Indy Lights, will culminate its 2011 season with the crowning of its champions on Oct. 16 at Las Vegas Motor Speedway.

The event weekend, known as the IZOD INDYCAR World Championships, will take place at the 1.5-mile, high-banked oval known for producing side-by-side racing and exciting finishes that are the hallmark of the series. 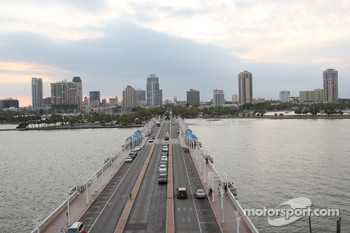 A view of St. Pete

Festival-goers looking to secure their seats for Sunday's marquee race can do so by purchasing tickets online at www.gpstpete.com or by phone at 877-283-5385. Organizers of the event have also announced that customers who purchase reserved single-day tickets for Sunday are eligible to receive a free ticket to the IZOD IndyCar Series season finale in Las Vegas.

"Indy car racing officially begins in St. Petersburg this year," said Tim Ramsberger, Vice President and General Manager of the Honda Grand Prix of St. Petersburg. "With all the excitement that's going to be happening, fans will want to make sure they have their seats saved for Sunday's big race. We offer a variety of ticket options for race weekend, along with onsite entertainment like never before, making our event a must for motorsport fans and festival-goers."