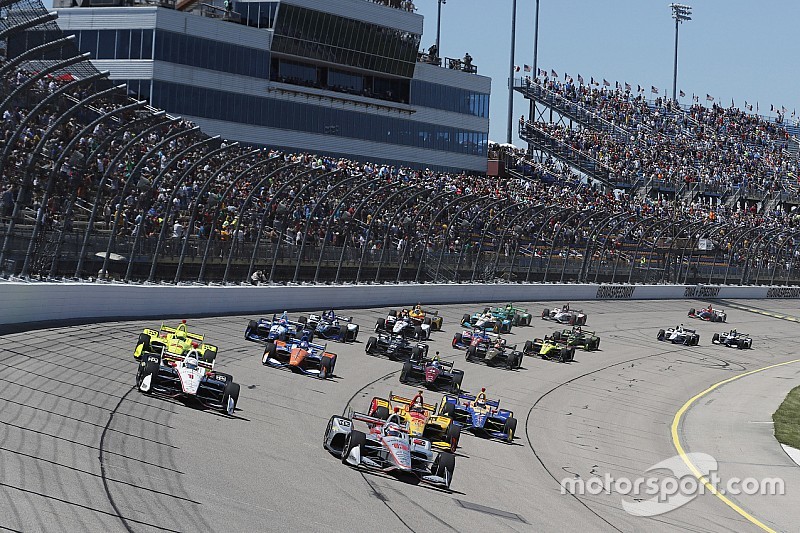 Nearly 350 hours of IndyCar Series action will feature across NBC’s networks and digital platforms in 2019, with eight of the races on NBC network TV.

As well as the 60 percent increase of IndyCar races on network television, and NBCSN showing nine races, all IndyCar action will be available through NBC Sports, with nearly 350 hours available between linear television and digital streaming coverage.

"This will be the most complete and robust season of IndyCar viewing for our fans," said Mark Miles, president and CEO of Hulman & Company, which owns IndyCar and Indianapolis Motor Speedway. "Fans can not only see everything that happens on the track, they can see races at their convenience on the same day via IndyCar Pass, which until now had not been available."

IndyCar coverage on NBC network TV begins with the Grand Prix on the IMS road course, while NBCSN coverage kicks off with season-opener in St. Petersburg, FL.

Jon Miller, president of programming for NBC Sports and NBCSN, stated: "As the exclusive home for IndyCar, NBC Sports will provide fans with more IndyCar coverage than ever before in 2019.

“From centralized, seamless coverage on NBC and NBCSN to unparalleled support surrounding the 103rd Indianapolis 500, one of the most prestigious events in all of sports, NBC Sports will super-serve IndyCar Nation through its best-in-class television, digital, production and marketing assets."

Race broadcast times are as follows: