IndyCar windscreen "unlikely" to be implemented this year 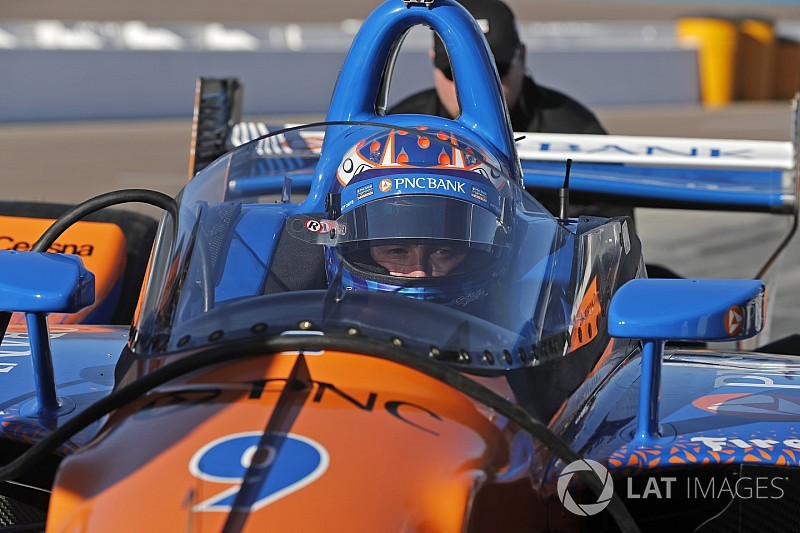 Despite a broadly successful first track test for the new cockpit screen, IndyCar’s director of engineering/safety Jeff Horton is doubtful it will become a spec part in 2018.

Although Horton told Motorsport.com that the screen had "exceeded expectations" in its three runs on Scott Dixon's Chip Ganassi Racing-Honda last Thursday in Phoenix, he says the practical requirements are likely to mean it will not be introduced to all cars before the IndyCar season ends in mid-September.

"My guess is that 2019 is more likely," said Horton. "We're getting ready to go do our impact testing and… the season happens pretty quick, and the manufacturing of all the parts and stuff has to be on the list.

"None of those are deal killers but it's all reality, trying to get parts made once we bless it from the impact side.

"Because it's a retrofit to our current tub, it means modifying tubs to mount the flange and stuff, so we're going to work on it hard.

"We'll [introduce] it when it's right, which is what IndyCar's always done with any safety item we have introduced."

Horton again suggested that testing the screen on a street course is a priority, due to how often drivers change their focal point on a lap on a typical temporary track.

"We really would like to run some street course stuff, because on the original glass and with the original windscreen we had, the problems we picked up were simulations at Long Beach. We had zero problems at Watkins Glen.

"[So] we'd like to get some real-life testing at a track where there's something close to you such as walls or poles and stuff. We'll leave our kit together that was on Scott's Ganassi car, and we'll try to find somebody else and a place to test it.

"Street courses are very jam-packed schedule-wise, but we're going to try to get that done sooner than later. We've got a couple coming up – St Petersburg and Long Beach.

"It's on our list, we don't have anything scheduled yet but we're definitely going to try to do that."

"Our plan is to have a team build up a second car and apply the windscreen and stuff so we're not taking that off and having that time lag. We would find time in the day to have a driver go out and run some laps for us."