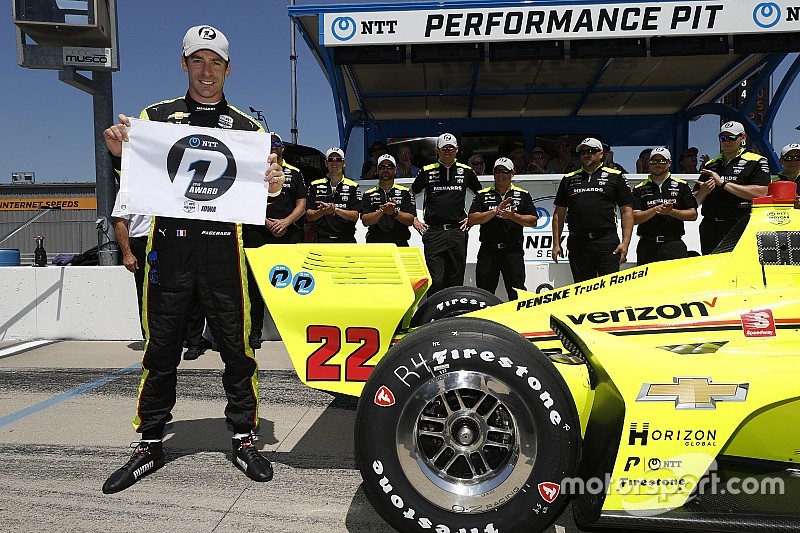 With the only two-lap average to break the 180mph barrier, Pagenaud scored his third pole of the IndyCar season at Iowa, leading Team Penske-Chevrolet teammates Will Power and Josef Newgarden.

Newgarden’s first lap was quicker than Power’s first, but his second dropped the championship leader to third. He’ll be joined on the second row by Takuma Sato in the Rahal Letterman Lanigan Racing-Honda.

In between them lie Alexander Rossi (Andretti Autosport-Honda), Graham Rahal in the second RLLR machine, Scott Dixon (Chip Ganassi Racing-Honda) who has yet to win at this track and Ryan Hunter-Reay (Andretti) who has three Iowa wins to his name.

Sage Karam, making his second start for Carlin Racing-Chevy and his third of the season, was an impressive 14th-fastest.

Final practice will commence at 6pm local (Central) time, an hour long session devised to give teams and drivers a chance to simulate raceday running.