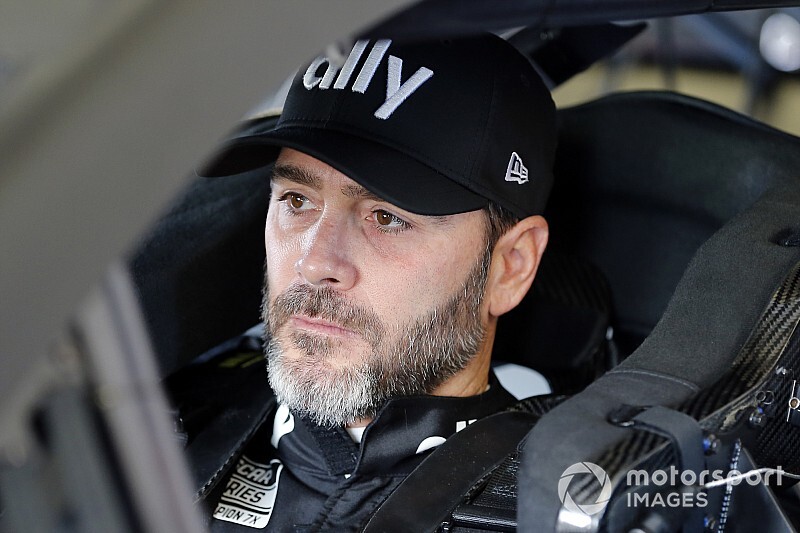 Seven-time NASCAR Cup champion Jimmie Johnson, who is attending NTT IndyCar Series Spring Training at Circuit of The Americas, has reiterated that retiring from stock cars at the end of this year will open up possibilities to explore other forms of racing.

Johnson announced last November that he would be retiring from full-time NASCAR competition at the end of 2020 but again confirmed what he said in September, and in November 2018  – that he wants to try several other branches of the sport, including IndyCar and sportscars.

Asked by IndyCar.com why he was attending the open test in the week of NASCAR’s Daytona 500 – a race he has won twice – Johnson replied: “Just to look around and have some fun. I have some great friends who live here in Austin, great friends in this garage area including friends at McLaren. You might remember I did that Formula 1 swap with Fernando [Alonso] a couple of years ago now.

“And I just wanted to check it out – I love Austin, I’ve always wanted to come to this racetrack, and hopefully we’ll get some cars on track and I can see some action.”

NBC presenter Leigh Diffey, conducting the interview, said that during Media Content day NBC had asked several IndyCar drivers with whom they would like to perform a ride swap and that Johnson’s name “kept coming up.” Asked if he might drive an IndyCar one day, the 44-year-old Californian replied: “First thing is, a seat swap with any of these guys would be a huge honor and it makes me smile hearing they would want to swap with me.

“But yeah, IndyCar is something I grew up as a kid dreaming to race. Growing up in Southern California, I can’t tell you how many times I attended the Long Beach Grand Prix. A lot of my heroes like Rick Mears came from off-road racing, such as I, and went into Indy cars, so it’s always been on my radar. My path took me to NASCAR.

“I have no clue what ’21 holds for me, but I’m open and we’ll see where the year goes and what develops, and if there was the right opportunity, I would certainly consider it.”

Probed further as to whether IndyCar is “a box [he] would like to check,” Johnson replied, “That’s a great way to put it and certainly where my head space is. IndyCar is an option, sportscars is definitely an option. I’ve finished second twice in the Rolex 24 and I’d love to go back and have a shot at standing on the top box. Le Mans has always been on my wish-list.

“You mentioned off-road – I’d love to go back and do the Mint 400 again or the Parker 400 – some of those courses I really enjoyed in short course off-road racing. I’m really open, and checking boxes… that’s what ’21 and beyond will be about – in the car.

“Out of the car, there’s a lot I want to do. I want to have a better balance in life with my family, I wanna go do some heli skiing – I love to ski. I’ve always had the idea of doing a full-distance Iron Man, there’s some mountain bike races I’m interested in… So ’21 and beyond is about checking those boxes.”

Asked if anything could be read into his presence as a guest of Arrow McLaren SP, Johnson remained coy, replying: “Certainly possibilities exist up and down the garage with various relationships I have. I’m just very happy that Zak [Brown, McLaren CEO] invited me out. We’ve become great friends through the car swap two years ago with Fernando, and I accepted the invitation.”