Juncos to run two IndyCars in 2019 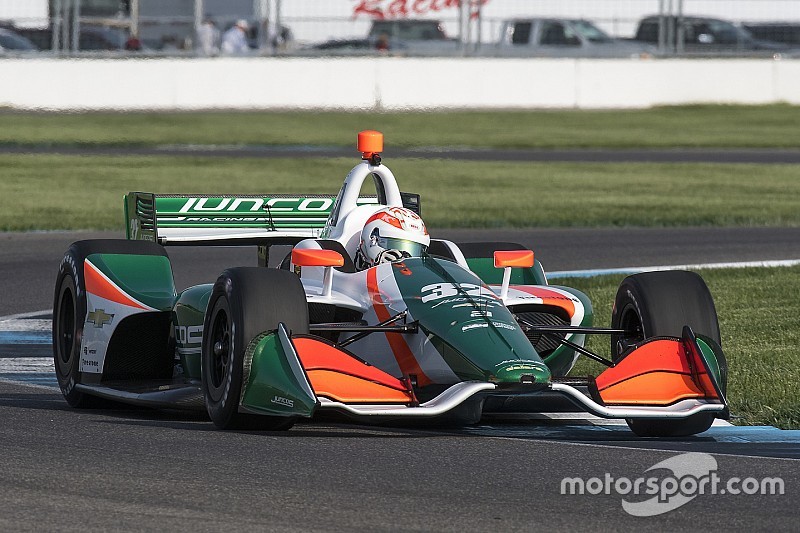 Team owner Ricardo Juncos says he will expand his team to two IndyCar entries next year because it makes most sense both performance-wise and economically.

After making a one-off appearance as a two-car entry in the 2017 Indy 500, Juncos Racing – one of the best teams on the Mazda Road To Indy program over the past 10 years – stepped up its commitment to the top tier of U.S. open-wheel racing.

The #32 Juncos-Chevrolet has run in 11 of the 15 rounds held so far this year, with reigning Indy Lights champion Kyle Kaiser running four rounds, former World Series Formula 3.5 V8 driver Rene Binder in six, and Alfonso Celis Jr. due to make his second start this weekend in Portland.

However, Juncos says that expanding to two cars next year “is going to make much more sense.”

He told Motorsport.com: “Having two cars is the right way to go, definitely, because we want to improve our performance always, and it’s very tough on rookies – or even quite experienced drivers – if they have no one to share data with over a race weekend.

“[Running one car] doesn’t help the team, either, because if you’re missing half a second, the engineer will think, ‘Is it because of us? Is it the driver? Where do we find this time?' So running a second car can help take away those doubts.

“So we currently have a racecar and a spare that are ready right now, but we have also taken delivery of a third chassis and that should be ready two-to-three weeks after Portland. We won’t be entering Sonoma.”

Asked if, like Binder and Celis, next year’s drivers will need to come with their own sponsors, Juncos said, “Well, unfortunately we are without team sponsors at the moment, so the economic reality is that we have to run drivers who bring money, but we are working very hard to find team sponsors. That’s part of my job as an owner.

“There are no drivers out there with a complete budget for a whole season, so I think next year will be somewhat like this year where we run a few drivers. But with two cars, we are at least giving them and ourselves the maximum chance to show what they can do.”

Juncos, who is expanding his team to run a Cadillac DPi-V.R in the IMSA WeatherTech SportsCar Championship next year, remains non committal on the future of his Indy Lights and Pro Mazda squads.

“Of course we want to continue, that is our roots,” said Juncos, who ran Spencer Pigot and Kaiser to their Indy Lights titles, and Pigot and Victor Franzoni to their Pro Mazda titles.

“But with Mazda pulling out of Road To Indy program we have not heard about a replacement, or if there will be a scholarship program again for the champions, or anything like that.

“But of course my wish is that everything continues as it is. We have a lot to be grateful to Mazda about, and the Pro Mazda series as a whole, and it looks like we are about to win our second consecutive championship there [with Rinus VeeKay]. That series has been our home for 10 years, and we have some good interest from young drivers wanting to race with us.

“Indy Lights? Well, Rinus’ Pro Mazda championship means we will get a scholarship to run him, like with Franzoni this year, but I don’t know if we can go to a second car.”