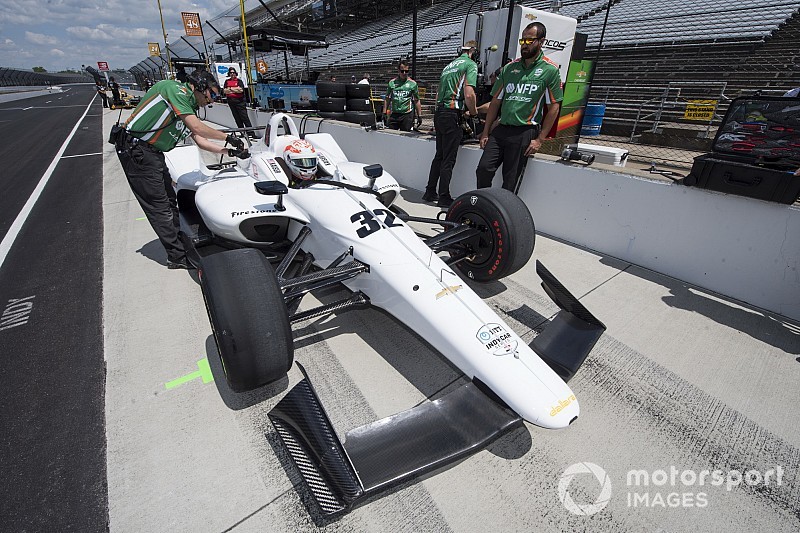 Juncos Racing has issued a statement that it is endeavoring to have a car ready in time to take part in qualifying for the 103rd Running of the Indianapolis 500 presented by Gainbridge, following Kyle Kaiser’s crash on Fast Friday.

Kaiser was embarking on a qualifying simulation run when his car snapped out of control at Turn 3 and he struck the wall hard. Given the team’s financial constraints following the loss of two major sponsors, Juncos was initially uncertain the team would have the wherewithal to qualify, even though it has three spare tubs.

However the team has issued a press release stating that the team is preparing to qualify.

“We are very grateful that our driver Kyle Kaiser was not injured and safely walked away from the massive hit he experienced today at IMS," said team owner Ricardo Juncos.

"As everyone knows this has been a very intense month for our NTT IndyCar Series program. Despite off-track setbacks, that has not stopped this team from going out and performing during practice this week. We have been up to the Top-5 in no tow speeds and have consistently improved our times each day.

“Now we are faced with the challenge of getting our back-up car on track and set for qualifying tomorrow, but I am completely confident in this amazing group we have here at Juncos Racing to make it happen. This group will not stop working until we get our #32 back on track.

“We want to thank all of the teams who are willing to help out with parts, Chevrolet, and the fans who have stopped by to express their well wishes. We will be working hard all day and night.”

Juncos said that in order to lessen the fatigue on his team personnel, he will rotate the lineup of workers, using his Indy Lights and Indy Pro 2000 crews.