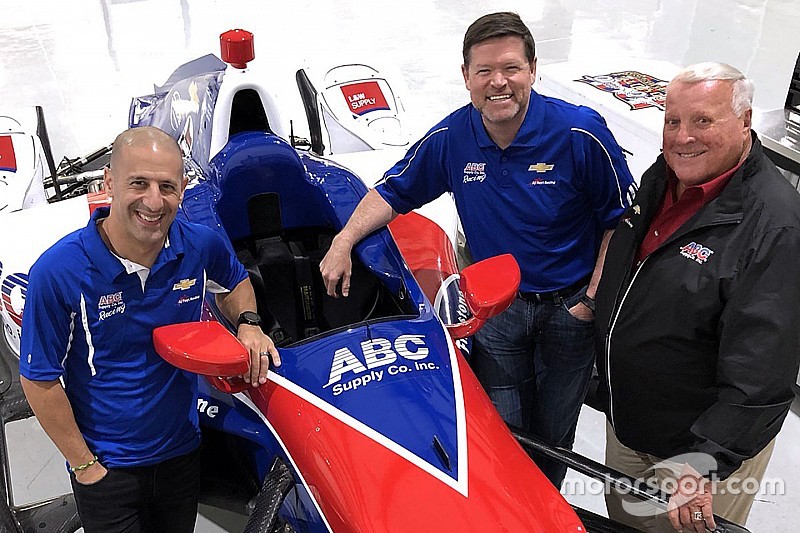 2004 IndyCar Series champion and 2013 Indy 500 winner Tony Kanaan has signed a multi-year contract to drive the #14 AJ Foyt Racing-Chevrolet in 2018 and beyond.

It had been an open secret since August time that the team and driver were negotiating, once it became clear that Kanaan’s tenure at Chip Ganassi Racing was ending after four years.

AJ Foyt has long admired Kanaan’s skills on ovals particularly, and his fighting spirit. Kanaan, meanwhile, felt he was at a stage of his career where he shouldn’t have to bring sponsorship, which narrowed down his options when seeking a ride for 2018. Foyt’s long-standing partnership with Milwaukee-based ABC Supply meant that wasn’t an issue.

Ahead of a teleconference, Kanaan tweeted, “Extremely happy to announce that I’ll be racing for @AJFoytRacing from 2018 on. Excited about what’s coming next!”

The team responded “Welcome to our team  @TonyKanaan! Thrilled to have you in the No. 14!”

Said Foyt: "We’ve talked to Tony for the last couple of years and I’m just glad we were able to put something together because I know he wants to win as bad as we do. I think he still has two or three good years in him. He’s always been a hard charger and I like somebody who wants to charge hard.”

Kanaan commented: "I just thought it was a great opportunity for me to build something where we can make history, and for me that’s what racing’s all about. Yes it is about the wins, but it’s also about the people you’re associated with. We’re going to make some history.”

Kanaan has brought with him highly respected race engineer Eric Cowdin, with whom he worked at Ganassi.

The fact that Kanaan will run the #14 car may indicate that its previous occupant Carlos Munoz, rather than Conor Daly, is the 2017 Foyt driver being let go. However, a team insider indicated that there are others still in play for the #4 car, and that the team may change both its drivers for the second straight year.