Tony Kanaan isn’t expecting to shine in this weekend’s Indianapolis 500 despite his starring role in last year’s event, even though he believes it can be the best race of AJ Foyt Racing-Chevrolet’s season.

Last year, Kanaan and Matheus Leist qualified 10th and 11th, and the 2013 Indy winner went on to lead 19 laps but suffered a puncture. During his recovery drive, he spun and shunted, while Leist came home 13th. It was by far the most competitive performance by the Foyt team in a wretched season that saw the veteran and rookie finish 16th and 18th in the championship.

This season didn’t look any better until Leist finished fourth in the rain-affected IndyCar Grand Prix on the IMS road course, and Kanaan doubts he can replicate his last Indy performance. He and Leist line up 16th and 24th for the 103rd Running of the Indianapolis 500 presented by Gainbridge.

“This year has been a very difficult year for us,” he replied to Motorsport.com. “We had a very rough start. I don't think we're as competitive as we were last year here, unfortunately. I believe a lot of the teams actually stepped up.

“Last year we were in the top eight every day, and in the race, we led for a few laps. To be honest, I would love to tell you yes. I think anything can happen, but I don't feel like we're there. We will be working on it, and this still can be our best race this year. We've been fighting a lot of demons and trying to get going towards the right direction.

“I mean, look at Simon [Pagenaud, polesitter and IndyCar GP winner]. I think he's one that I always look up for. The first couple races he's been up, and he's been really good, and then all of a sudden it's like, ‘What's going on?’ But I haven't done anything different. For us, the importance of having a good race here is high. I think we had all the focus over the winter as far as the team, we focused on the ovals, especially here.

“My boss is like Simon's boss. That's all he cares about – this place. Everything else comes second. I think we still have a pretty good possibility to have a good result. Am I going to have as good a car as I had last year? I don't think so, but it is what it is. Sometimes that's the way it goes.”

“So to me, for us, it's important to get a solid result. You know, like I said, we've been finishing 12th, 13th. I mean, Matheus had a pretty good run in the rain at the GP. He got extremely lucky with the strategy, but he drove well in the rain. We got a top 4 finally. So I think for us that's what we need.

“I think I'll be a little bit more conservative in the race. They're not expecting me to be conservative on the start and restarts, but that's just what I do, and we'll see. Twenty laps to go if we're in the mix in the top five, I'm going to go for it, but if not, I think, a realistic top 10 for us here would be a pretty good result.” 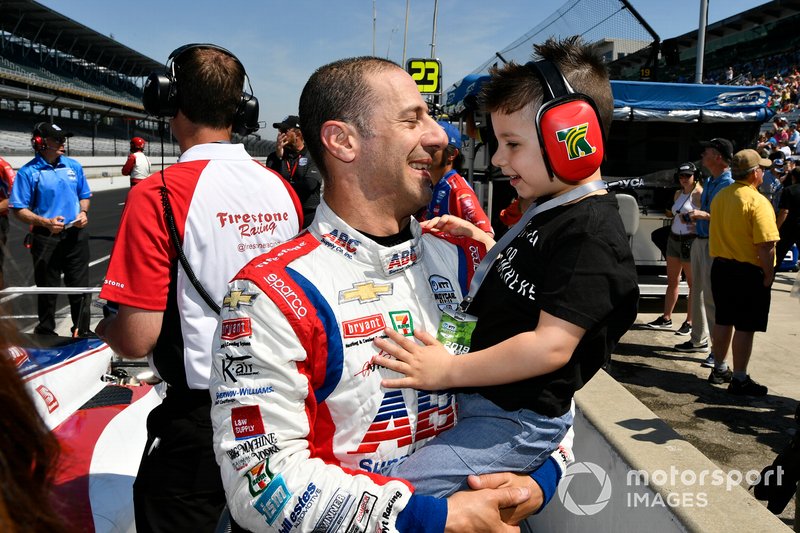 What next for Alonso and McLaren in IndyCar?

Kanaan: “No excuses not to win races” at Ganassi