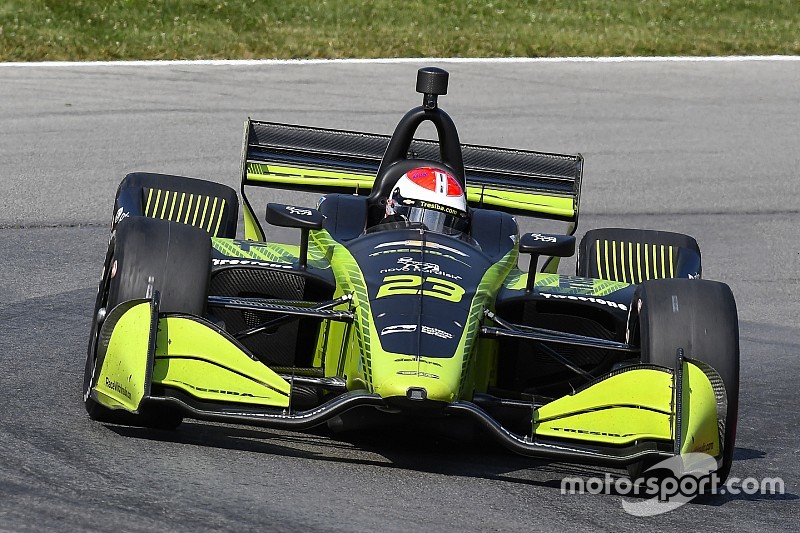 Charlie Kimball has announced he will compete in just five NTT IndyCar Series races with Carlin Racing this year, including the Indianapolis 500.

The Delray Beach, FL.-based arm of the British squad graduated to IndyCar last season after three years in Indy Lights, with ex-Chip Ganassi Racing drivers Max Chilton and Kimball in the cockpits.

Kimball scored the team’s top result with fifth at Toronto, while Chilton scored the best qualifying result, breaking through to the Firestone Fast Six at Mid-Ohio.

When Chilton was confirmed at the team in January it was announced that Kimball would be reducing to a part-time role.

Today on social media, the 2013 Mid-Ohio winner revealed he will compete on the three big ovals – Indianapolis Motor Speedway, Texas Motor Speeway and Pocono Raceway – as well as the season-opener in St. Petersburg and the finale at WeatherTech Raceway Laguna Seca.

Team owner Trevor Carlin is hoping to clarify within the next seven days who will compete in the Chevrolet-powered #23 entry for the remaining 12 races.

RC Enerson, who tested with Carlin at Circuit of The Americas last year, will test for the team at Laguna Seca on Friday and at the two-day Spring Training at COTA next week.