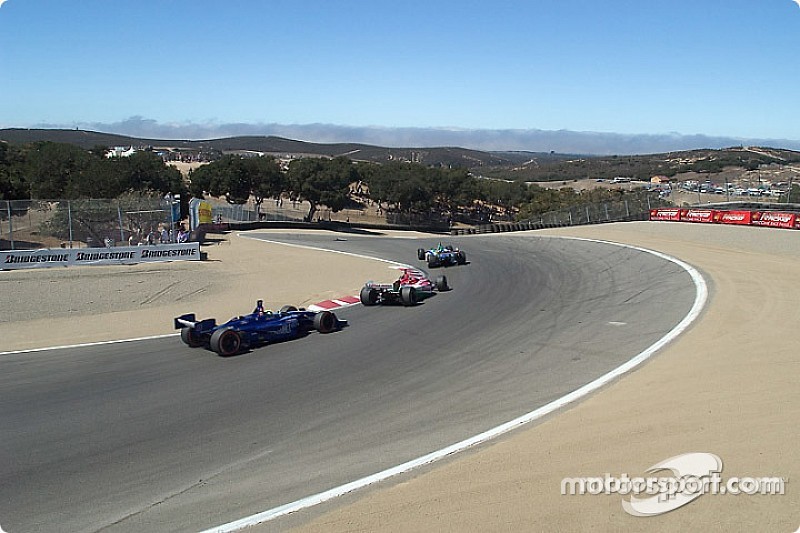 IndyCar has announced that WeatherTech Raceway Laguna Seca will host the series finale from next year through at least 2021.

A three-year agreement was approved today by the Monterey County Board of Supervisors which oversees operation of the facility, and confirms that next year's race will be held on September 22.

The remainder of the series schedule will be announced later, but will not include Sonoma Raceway, whose contract is up this year. SMI which runs the venue is understood to have no interest in sharing the calendar with another northern Californian venue.

Laguna Seca hosted CART Indy cars from 1983 through 2004, and last saw ‘serious’ Indy car action when it served as the venue for Champ Car’s Spring Training in 2007.

"Monterey is a place people want to be, and we will bring all of our guests. I think it's a great choice for us."

Timothy McGrane, CEO of WeatherTech Raceway, declared: "The return of IndyCar to its spiritual road racing home of Laguna Seca is a tremendous honor and testament to the appeal of Monterey, and through the support of the County of Monterey will provide a significant economic benefit to our area businesses. We are looking forward to creating more memories in race fans' minds."

Laguna Seca opened in 1957, but it wasn’t until 1983 that Indy cars first raced there. Teo Fabi took victory in that inaugural race, but the next four CART Indy car races there were won by Bobby Rahal, adding to his 1979 triumph in a Can-Am car.

The return of Indy cars to Laguna Seca is contingent on several track upgrades. According to the draft agreement, among the modifications at least 60 days prior to the 2019 event:

• All tire walls will be covered by a conveyor belt

• A minimum of two cables will be added to all existing debris fences, bringing cables to a total of five.

• When the track gets resurfaced in time for the 2020 race, there will be pavement added to the outside of Turn 2

• A debris fence between pitlane and the track will also be considered.

The Laguna Seca deal brings to an end a run of 14 consecutive years of IndyCar competition at Sonoma.

The late Dan Gurney won the inaugural Indy car race at Sonoma – originally known as Sears Point – back in 1970, but it took another 35 years for the venue to reappear on the Indy car schedule.

Since then, Will Power and Scott Dixon have the most wins there (three each) while Simon Pagenaud has won the last two IndyCar events.

The 2018 season will mark the fourth consecutive year that Sonoma has served as IndyCar’s season-closer.

Sonoma confirms 2018 finale will be IndyCar’s last race there