Lazier bumped out of Indy 500, wants to be back next year 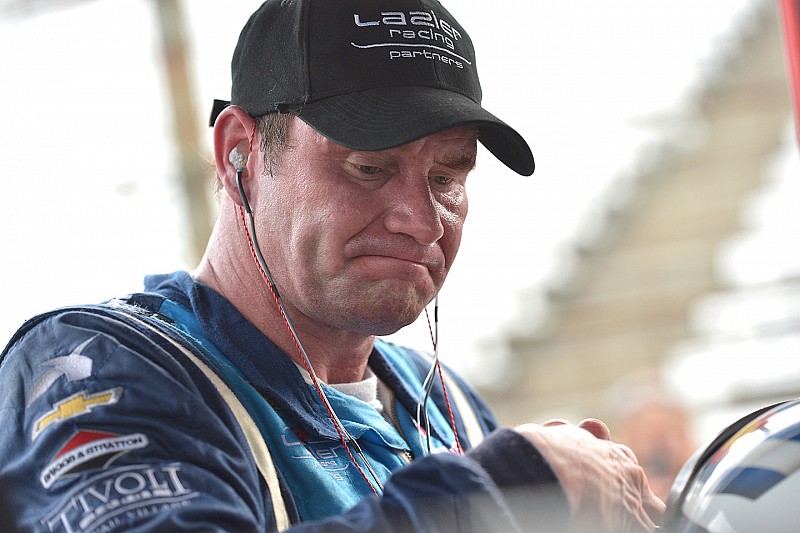 Buddy Lazier gave it all he had, but he will not be taking part in the Indy 500.

INDIANAPOLIS - Buddy Lazier did not get any track time until last Thursday, ran less laps than anyone else and didn't even take part in the main qualifying session. Despite all this, he still made two runs (his two best runs) in the final shootout to make the field.

He managed to lay down a 220.153mph four-lap average in his No. 91 Lazier Racing Partners Chevrolet, but it wasn't enough to displace KV Racing's Bryan Clauson though, who put up a 221.358mph.

"Obviously, we didn't get it right today," said Clauson, the last driver to make the race. "Bourdais was good, but us and Coletti struggled for speed. Not quite sure where it went between practice and our actual run.

"This morning, we broke a upper right halfshaft," explained Lazier, who won the 500 in 1996. "It's a small team and we didn't have very many laps - I thought we'd be able to do it though. We made adjustments throughout the day, but, for whatever reason, it just wasn't there.

"As a driver, you can only do so much of course. Run wide open, give the best feedback you can. We've just been behind it all month."

"We started on Thursday. The idea was the Chevy short-program, limited budget. It's been difficult (to run the short program, rather than long), I think we are the only ones that have done it the last couple years. It definitely complicates things. It probably can be done, but you have to be ready. You can't afford to throw away half a day."

"These are multi-car efforts here all month, lots of engineers. Just doesn't give guys like us a fair shake when we show up on Thursday so in a way, we kind of did it to ourselves."

Hoping to return for the 100th

"We have a lot of our sponsors and supporters that want to come back for the 100th running. We gave it a fair shake but if we didn't have so many things go wrong, we would have been there.

"I really enjoy this race track, it's a special place. I don't think it spells failure for our effort but it's hard lessons - Disappointing day, no doubt."

Speeds at Indy drop after IndyCar makes changes to cars