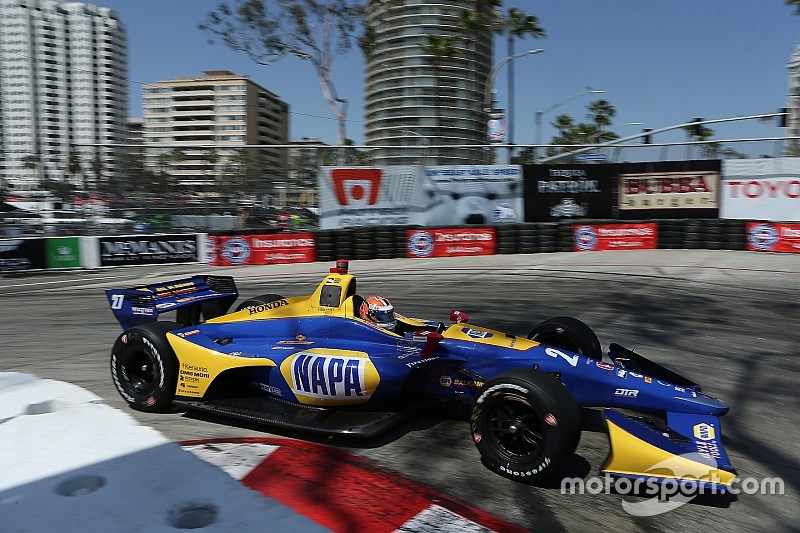 Ryan Hunter-Reay, who likely would have started from the front row had he not been penalized in qualifying for an illegal pitlane exit, was third fastest, ahead of the three Penske-Chevrolets of Josef Newgarden, Simon Pagenaud and Will Power.

Gabby Chaves went into a runoff area and caused a red when he stalled his Harding Racing-Chevy, and there was a slightly premature conclusion to the session when Zachary Claman De Melo also stopped on course in the second Coyne car.