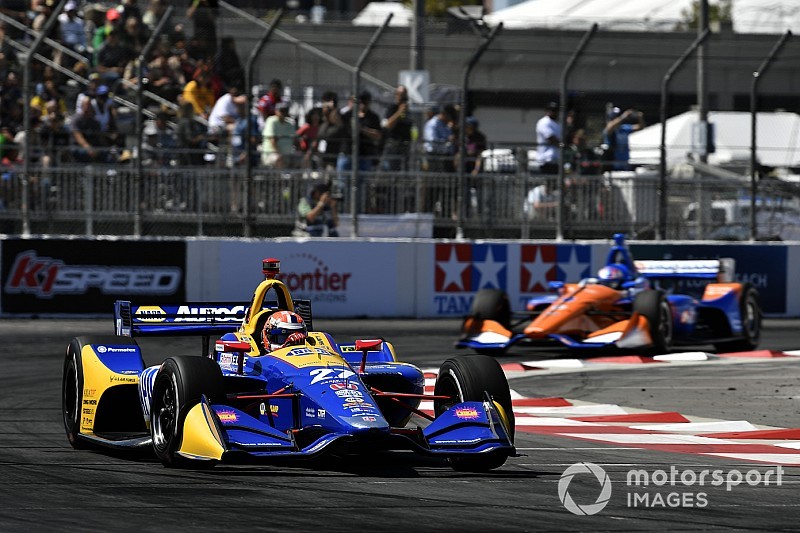 Defending Acura Grand Prix of Long Beach winner Alexander Rossi hit the top of the times in the final seconds of third practice, nudging aside Graham Rahal by 0.1278sec.

Fourth fastest, and within quarter of a second of the top spot was Friday morning pacesetter Ryan Hunter-Reay in the second-quickest Andretti Autosport car.

Their teammate Will Power was 10th, as he plays catch up after yesterday’s issue, when his rear tires were mounted left on right and right on left.

Several drivers rubbed walls and ended up in runoff areas, including pacesetter Rossi, but there were no session stoppages, despite Matheus Leist needing a push-start from the AMR Safety Team.