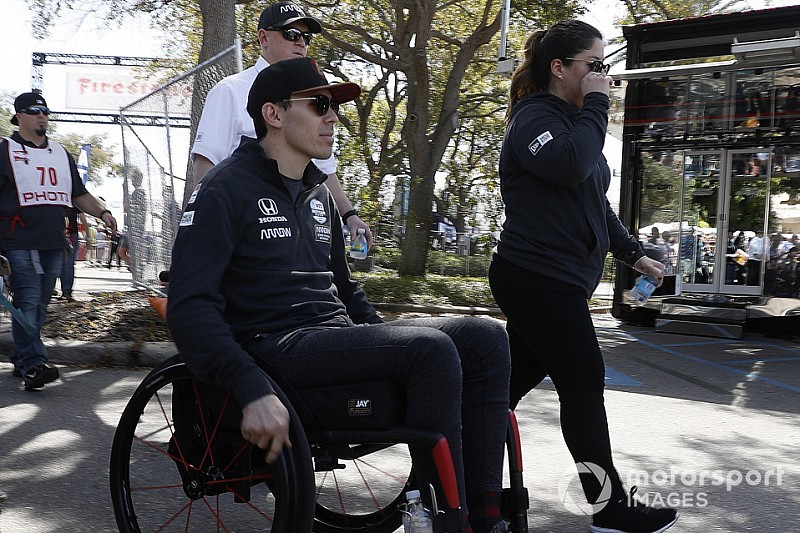 In a press conference at his home IndyCar race at Toronto, Robert Wickens has spoken movingly of how he appreciates the support from his network of friends and fans because some of his fellow spinal cord injury patients are less fortunate.

Wickens, who this weekend is piloting an Arrow Electronics-modified Acura NSX equipped with hand controls and will lead the parade lap for the Honda Indy Toronto, said that the ongoing rehab from his huge Pocono accident last August has been “a huge eye-opener” for him.

“I have a whole new perspective on life,” he declared. “The biggest thing for me is when I was in rehab every single day, it was the support that I had from my racing partners, from my family, from [fiancée] Karli, from all the fans, from everyone that kind of was getting me there to the gym the next day…

“When I was at rehab, I was just patient 31265, and then you get to become friends with these patients and you hear their story, and then I get back to my place at the end of the day and I kind of think, ‘Man, I'm so lucky that I have such great support everywhere.’ If I'm having a bad day, all my fans can just come and pick me up where anyone else can easily get into this big spiral and get into some depression.

“It's just been quite the ride, and we're not even one year in of what's going to be a very long recovery. But hopefully I can keep on driving because I think that's the best therapy I can have, and I'm a little bit concerned by how eager I am to get back in the car, especially after driving yesterday.

“I was always having this – it's kind of like the angel and the devil on each shoulder because once I get back into racing full-time, the rehab is almost going to be sidelined, and then I need to figure out at what point I am OK to start driving again and almost give up on rehabbing.

“That's a future problem. Right now we can just focus on this event and how fun it's going to be.”

Describing the fan support he’d encountered already, he stated: “It's phenomenal. The support that I got from this race last year was a crazy, crazy experience. When I look back on my season, this race was the highlight of my year. It wasn't the Indy 500, it wasn't my first podium in Phoenix, it was this one, just because it was my first home race in 12 years, and to get on the podium and to feel the home support, again, for the first time in so long, it was just incredible.

“And then to be honest, since I've been back, since post-injury, every race I've been to has almost had that same atmosphere. Everyone is just so supportive of me in my recovery to get back, and the IndyCar fans are some of the best in the business, and they're so loyal and they're so passionate.

“Like I touched on before, it's them that really kind of picked me up on my down days, and being here, seeing so many hats and shirts is -- it makes me want to get back. I want those guys to have a reason to wear the shirt, not to make it a pajama shirt or something!”

Arrow “won’t stop” until Wickens is back in an IndyCar

Mike Long, chairman, president and CEO of Arrow stated that the company will carry on working on a modified hand control systems to allow Wickens to return to IndyCar – but said the series would have to make some concessions.

He said: “[The system] is very adaptable. In fact, what we try to do at Arrow is not come up with complex technology that's not going to be suitable. We're showing off this technology because this technology could be for anybody in the world with Robbie's problem to get back on the road with a car and drive their own way.

“So that's really what drives us – trying to do good. We will continue to develop this all the way back to the Indy car for Robert, whatever he may need, and there will be certain pressures that I'm sure will be put on IndyCar to allow it to happen.

“It's no different than golf or other sports where you've seen people with certain handicaps being able to compete with people that don't have them, and we think this is nothing different.

“So I'm totally convinced we can put Robert back in a car. It will be possible for him to drive, and we won't stop until he gets there.” 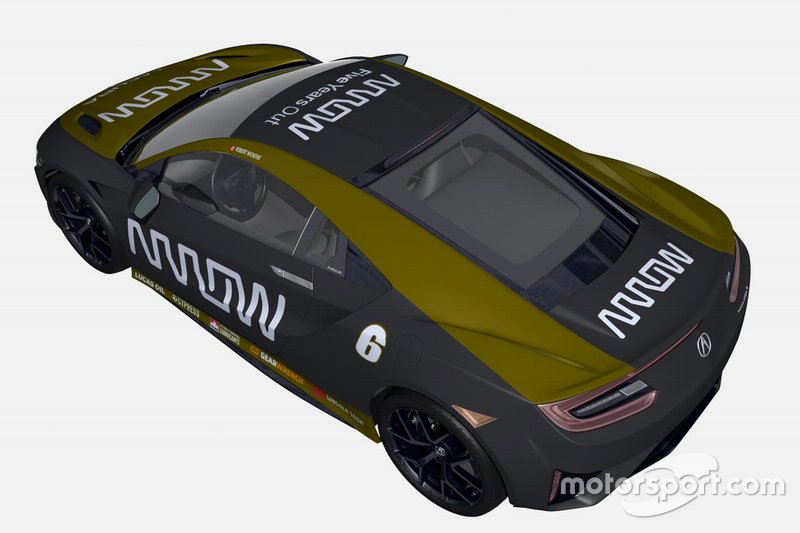