Marco Andretti spent Indy practice focused only on raceday setups, saying that his years of experience taught him not to worry over qualifying pace, and that he’s confident ahead of the 103rd Running of the Indianapolis 500 presented by Gainbridge.

At Indianapolis Motor Speedway, Marco Andretti is driving a dayglo-orange Andretti Autosport-Honda as he marks the 50th anniversary of his grandfather Mario’s Indy 500 win in the STP-liveried Hawk.

Mario made 29 Indy starts, his sons Michael and Jeff started the race 16 and three times respectively while Marco has taken the green flag here on 13 occasions, yet the patriarch’s 1969 win remains the family’s only moment of Brickyard glory as drivers. Michael has taken five wins as a team owner, however.

Marco Andretti, who has four top-three Indy finishes to his name – none more excruciating than his 0.0635sec defeat at the hands of Sam Hornish in 2006 – will start 10th tomorrow, second fastest of the Andretti Autosport entries, but admitted he hadn’t focused much on qualifying.

“I’ve been less and less fixated on laptimes this year,” he said. “The thing that’s different for me, comparing my first 13 years to now, is remembering this is a big rollercoaster month – or two weeks. It’s easy to get caught up in those emotions, good or bad.

“But this year we’ve had an even-keeled kind of month. I’ve been 29th fastest and we’ve been fine, I’ve been second fastest and it’s no big deal. And that’s because I know that the last third of the race is the only thing that matters. I’ve seen [Juan-Pablo] Montoya break a winglet and go a lap down and win the race.

“It’s only the last third of the race where you’ll see me stress, and it’ll be in a good way. The first two-thirds of the race are about getting there, having the car you want for the final third. We were 70 percent there on Thursday, we didn’t find everything we wanted in Carb Day practice so we need to make some good changes before the race. But I’m with a great team and if we get back on the right trajectory, from 10th, I feel we’re sitting pretty.”

Comparing IndyCar’s two engine manufacturers at the Speedway, he said: “I think Chevy is pretty stout, so I think the best Honda runners are going to have to do it on fuel strategy – which we’re only going to know about when we see which lap the top Chevys are peeling off into the pits – or through having better balance. Or both.

“I think if your balance is strong, so that you can carry more throttle than the others even when your tires are going away near the end of a stint, then that’s going to be key for us to make a fight of it.

“I think everyone will have their hands full with this package again. It will be a long 200 laps. But like I say, if everything’s good on pitstops and we avoid bad luck and the cautions don’t go against us, I think we’re looking good.” 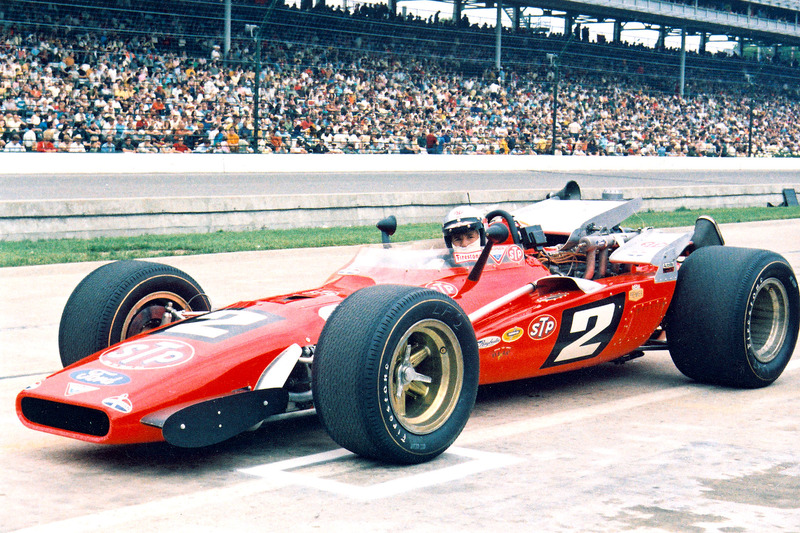 Charles Bradley on the accident at Barber