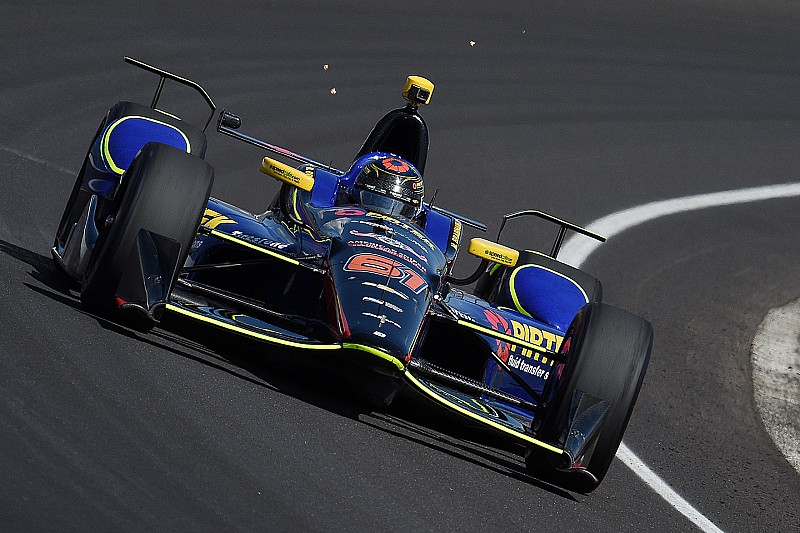 Third-generation racer Matt Brabham is continuing a family tradition at Indianapolis this year.

His father Geoff started ten Indy 500s, finishing as high as fourth in 1984. His grandfather started the race on four occasions, placing ninth on his debut in 1961. That drive in the Cooper started the rear-engined revolution at IMS, but he remains best known for his Formula 1 exploits.

Sir Jack, who died two years ago today, was a three-time World Champion, winning 14 of his 126 grands prix, and starting 126 Grand Prix. But 22-year-old Matt isn't feeling any added pressure due to his surname.

"No, not at all," he told Motorsport.com "I think being a third-generation racer here is fantastic and I'm very honored. I think, at the end of the day, my family name has never put extra pressure on me. If anything, it's been more of a relief because everyone in my family has been through racing and understands the pressures that go with it. I think it's more of a support base than anything."

The Brabham name first showed up at Indy for the 45th running of this iconic event and Matt gets the once in a lifetime opportunity to make his debut in the 100th running. So what was it like for the young Brabham to take the Pirtek Team Murray KV Racing DW12-Chevrolet around IMS for the first time?

"It was incredible," he said. "It's really that special feeling where you have to pinch yourself – is this real or not? I definitely enjoyed it. I mean, the speeds weren't too surprising. It didn't feel like 220mph when I first got out there but when I started getting around other cars, then I started to get a sense of the speed. My eyes opened a little bit. But no, it felt quite normal and comfortable and I look forward to doing some more."

Around the paddock, the Australian-American has found help with drivers and ex-drivers more than willing to help advise the rookie. But he can also look to his father for guidance ahead of this May's 500.

"Obviously, Dad's with me every step of the way and we're always talking about things at the end of the day. He's keeping a close eye on me to see if there's anything I can improve on. And within my team, we got Sebastien Bourdais, who is obviously a super experienced guy and he's been helping out. And there's a lot of old veterans around like Dario (Franchitti). If you can lean on them, it's always a big help. They're always very welcoming."

Still some work to do

With 12 hours of practice in the books, the #61 – in honor of his family's debut year at the Brickyard – has completed 175 laps, a number eclipsed by just two other cars.

"I think, in clean air, we're quite quick," he said of their performance which has resulted in a fastest lap of 223.306mph. "We've done a lot of laps on our own and we've covered that side it. I feel super strong towards at least a top ten running on our own.

"But I think the things I need to work on and we need to work on as a team is running in traffic and dealing with that. I haven't got too many laps running behind the big train of cars. I think that's obviously one of the most important things to do – to learn how the car reacts around other cars. The aero wash and how to improve it in a race mode setting."

Brabham was also responsible for one of Wednesday's yellow flags, needing a tow back to the pit lane. He explained to Motorsport.com that he actually ran out of fuel. "The fuel alarm, when it comes on, you got to pit straight away and it came on right past pit entry."

Pursuing Rookie of the Year honors

As for any set goals Matt may have going into next Sunday, ROTY is something near the forefront of his mind.

"I think it's hard to get too caught up in results and where you finish," he said. "I'm just trying to be open-minded and whatever happens, happens. But I think a realistic goal and something I'd be very happy with leaving the race would be ROTY. So we're working towards that."

Brabham himself is a USF2000 and Pro Mazda champion, and also won the 2014 Indy Lights race at the Grand Prix of Indianapolis. He's got the name and now he's got the chance to show what he can do on the world's biggest motorsports stage.

Chaves leads Honda quartet at the conclusion of Thursday practice