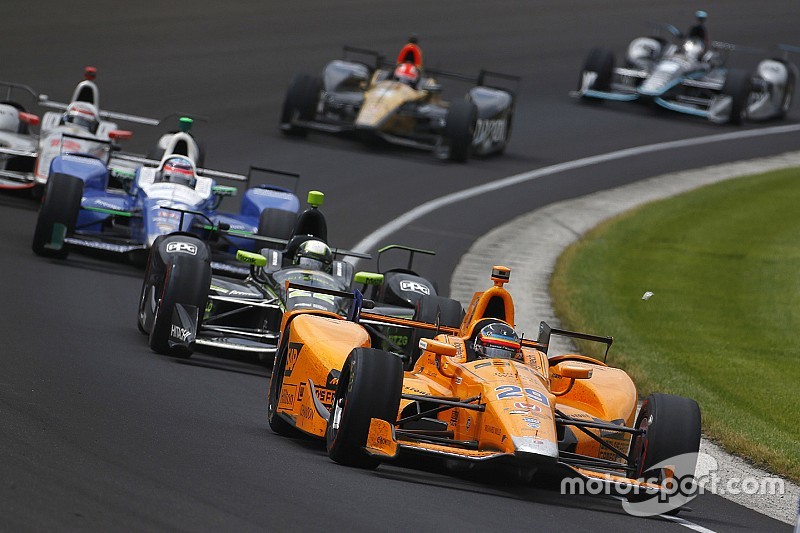 McLaren CEO Zak Brown has announced that the marque will not compete full-time in IndyCar next year but there is a chance that Fernando Alonso could race in the Indy 500 again as a one-off.

After Alonso announced in mid-August that he would not race in Formula 1, speculation was rife that he would make a partial or full-time switch to IndyCar in 2019 in a McLaren entry.

However, issues over engine supply put the possibility on ice, despite Alonso making very positive comments after testing an Andretti Autosport-Honda at Barber Motorsports Park.

The tentative plan was that McLaren would run a Chevrolet-powered car using Andretti Autosport engineers but from the Harding Racing raceshop, in order to prevent the exchange of intellectual property between Chevy and HPD engineers. Rumor had it that team owner Michael Andretti would then switch his four-car team from Honda to Chevrolet at the end of 2019 in order to simplify the process of running a fifth car with McLaren.

This may still occur in line with a McLaren fulltime IndyCar entry in 2020, but with time running out to adequately prepare for a season that begins mid-March, Brown has now ruled out a full season in 2019.

“For the IndyCar Series, we have taken a decision to not compete on a fulltime basis in 2019,” announced Brown at Circuit of The Americas this morning. “We are simply not ready yet and we are very focused on F1. So we won’t be doing that in 2019.

“We do have a desire to do it, as I have mentioned before, in the near future. And as far as the Indy 500 is concerned it remains of interest to us. That will be a decision that ultimately we will take in the off-season, and I think it is something that Fernando would like to do as well, but right now we are still focused on F1 and until we get a little bit of fresh air we will remain focused on that.”

Alonso caused a huge stir when he entered the 101st Indianapolis 500 in 2017. Two million viewers around the world watched his initial tests live on YouTube, and the two-time F1 champion then acquitted himself impressively to oval racing. He qualified fifth, led 27 laps of the race and remained in strong contention for the win until his Honda blew with 20 laps to go.

Since then, as Alonso pursues motorsport’s unofficial ‘Triple Crown’, the two-time Monaco Grand Prix winner has added victory in the 24 Hours of Le Mans with Toyota Gazoo Racing, and has hinted several times that he wishes to take another shot at Indy glory.