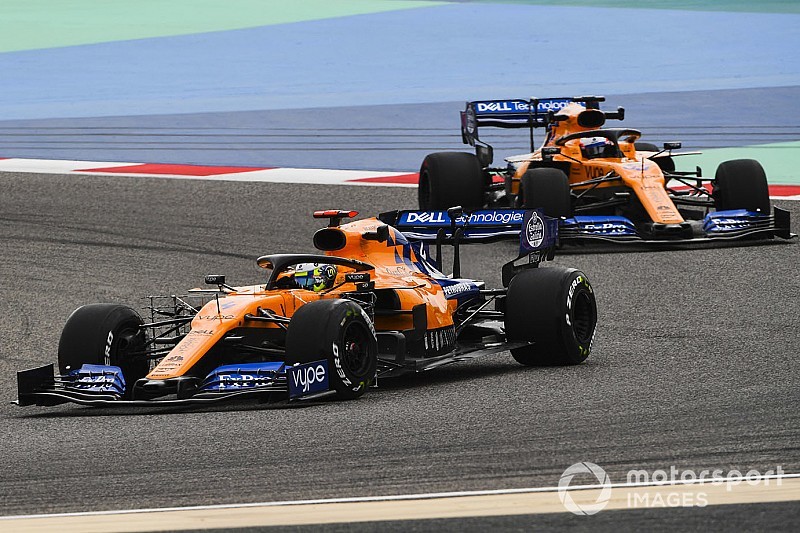 Zak Brown, McLaren CEO, says the upturn in the Formula 1 team’s fortunes this year enabled the decision to expand into IndyCar, and added that the implications of F1’s 2021 reboot will influence any potential decision to return to Le Mans.

McLaren finished 2018 – its first season with Renault engines – only sixth in the F1 constructors’ championship, and with barely more than half the number of points of the works Renault team. Yet in 2019, new signings Carlos Sainz and rookie Lando Norris have regularly qualified and raced in the top 10, McLaren lies fourth in the constructors’ table, it already has 20 more points than last year despite being just 12 races into a 21-race championship, and it has accrued more than double the number of points of the Renault team.

Brown said that without such a turnaround, he probably wouldn’t have considered approaching the McLaren board members or commercial partners about joining forces with the Arrow Schmidt Peterson Motorsports team and returning to IndyCar racing full-time in 2020.

“We’ve definitely made progress but we’ve a long way to go,” he said. “Number 1 on the checklist when deciding when or if we go IndyCar racing is that it cannot be a distraction from Formula 1. We need to have the Formula 1 [team] on a strong foundation.

“Put aside commercial partners… If I didn’t feel that Formula 1 was going in the right direction and I had all my leadership in place – Andreas Seidl [team principal], James Key [technical director], etc. – I wouldn’t have brought IndyCar forward if I didn’t feel the two could run in parallel, complement each other commercially, but have zero distractions to each other’s program from an on-track point of view.

“If this was 2018, I don’t think [IndyCar] would have been something I even brought forward because I would have felt we weren’t ready to take on another project.”

By a similar token, Brown said that McLaren’s future participation in the 24 Hours of Le Mans – a race won by a McLaren F1 GTR in 1995 – would hinge on “resource allocation” following F1’s heavily revised technical package for 2021, and that certainly the marque would not be in WEC from the start of the Hypercar formula in 2020, nor even the first Le Mans race to run with Hypercars in 2021.

Said Brown: “Le Mans is something much like Indy that we want to go and do and we think it’s great for our automotive business. It’s more about the road car.

“We like the rules. It’s not inexpensive, but there’s a longer lead time to get into design and manufacture the cars.

“I wouldn’t say necessarily it’s on the backburner; it just moves at a slower pace because it’s more complicated in that we need to align it with our automotive business. I think we’ve already stated that we definitely wouldn’t be there in the first season [of the new Hypercar rules] and making sure we’re not biting off more than we can chew is a big element of when and if we go.

“And the [F1] cost cap – we really need to take that into consideration when we get into resource allocation for the future.

“So we really need to know what the future of Formula 1 looks like to finish our analysis of a potential WEC program.”

Alonso would be “immensely successful” in IndyCar, says Brown