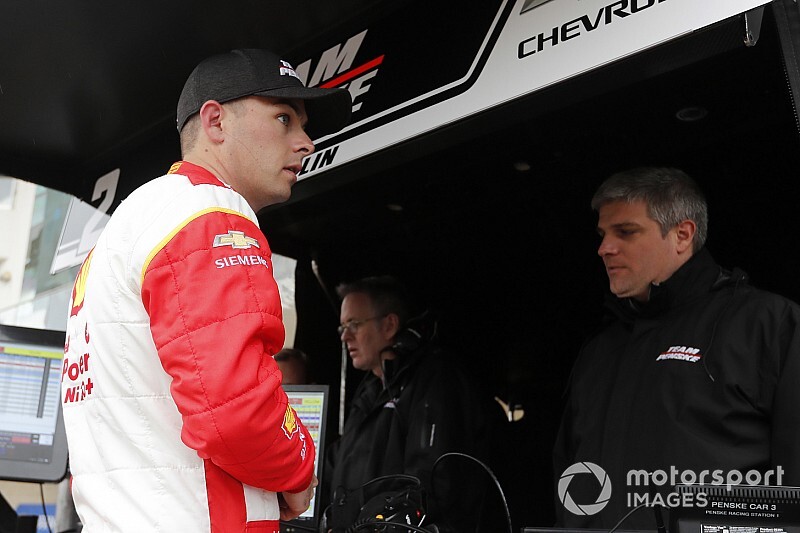 Less than two days after his amazing performance in NTT IndyCar Series Spring Training at Circuit of The Americas, the 26-year-old New Zealander will take on an arguably even more daunting challenge as he pilots the #2 Team Penske-Chevrolet at Dallas-Fort Worth’s 1.5-mile Texas Motor Speedway.

McLaughlin finished the COTA test in third place, just half a second off teammate Will Power’s session-topping time, despite the Austin, TX track being one of the longest on the IndyCar schedule at just over 1 minute 46 seconds. This bodes well for his IndyCar race debut at the GMR Grand Prix of Indianapolis.

Ahead of McLaughlin’s oval debut, Penske’s managing director Ron Ruzewski and the race engineer for the fourth Penske IndyCar entry (as well as the #7 Acura in IMSA) Jonathan Diuguid stressed that not too much should be read into the Supercars champ’s participation in the test.

His Supercars commitments at Perth, Winton, Townsville and Darwin would preclude him from Indy 500 qualifying, and the IndyCar rounds at Texas Motor Speedway, Richmond and Iowa, respectively. That leaves the race at World Wide Technology Raceway at Gateway as the only oval IndyCar race that McLaughlin could feasibly squeeze between Supercars events.

Ruzewski told Motorsport.com: “There’s no plans in place; Scott can’t race at Texas. He has schedule conflicts. But since we’re here in Texas and he’s over here with us, we’re going to do some laps with him.

“I would expect him to be more in his element here [at COTA] than at Texas Motor Speedway, but yes, he did a very good job today.”

McLaughlin has made it plain that while he’s willing to not only continue racing Supercars for DJR Team Penske in 2020 but also again in ’21, he eventually wants to move to the U.S. and continue his racing career here. However, while assumptions were once made that he was headed for NASCAR, McLaughlin himself has never specified which series piqued his interest, instead batting away inquiries with the comment, “I’d race a wheelbarrow if it had a Penske sticker on the side.”

That said, following a strong initial test with Penske at Sebring, McLaughlin is making a strong case for himself to be considered for an IndyCar ride eventually with Wednesday’s performance at COTA. Although several IndyCar aces had laps ruined by red flags and subsequent traffic in the final hour of Spring Training, so too did McLaughlin, therefore beating two of his teammates – reigning IndyCar champion Josef Newgarden and 2016 champion Simon Pagenaud – will have done his cause much good.

In a tight schedule that saw two days of potential track time virtually compressed into one 6hr10min session due to Tuesday’s foul weather, McLaughlin made only one noticeable error – a spin at Turn 1 – and was clearly able to exploit the extra grip on offer whenever running a new set of Firestone tires.

“Scott’s a champion driver,” grinned Diuguid. “He did a good job, he’s a good talent. It’s just higher speed corners with IndyCar levels of downforce that he’s not used to. That’s probably where he can still find time.

“But he worked up to the limit and that’s good; he’s got a very methodical approach.”

Regarding braking at the limit – something with which McLaughlin admitted he struggled in his first IndyCar test at Sebring last month – Diguid nodded, “Oh yes. He’s tough. He’s got it.”

Asked if there had been any thought of trying McLaughlin in one of the two Acura ARX-05 sportscars that Team Penske runs in the IMSA WeatherTech SportsCar Championship, Ruzewski replied: “The only thing we’re committed to right now is the Indy road course IndyCar race. Anything above and beyond that, I don’t know: his absolute priority is the Supercars championship.

“Where it goes from here, it’s much as Tim [Cindric, team president] has said – it’s all TBD. With his championships [and Bathurst 1000 win] Scott had earned his right to try out something else, and that’s the chance he’s getting right now.”

Ruzewski said that not even another test has been scheduled for McLaughlin, so therefore his next time in an IndyCar on a road course could be first practice for the GP of Indianapolis in May.