IndyCar legend Rick Mears says the windscreen that the series aims to introduce in 2020 is the best solution for the series’ diverse range of tracks – and that he also approves of the overall technical direction of the cars.

Although improved cockpit safety measures are still described as “fluid” by an IndyCar insider, it is Motorsport.com’s understanding that the series intends to confirm this month the introduction of a windscreen for the start of the 2020 season.

It is expected to be similar but not identical to the device tested last year by Scott Dixon at Phoenix’s ISM Raceway (above) and by Josef Newgarden at Indianapolis Motor Speedway.

Four-time Indy 500 winner and three-time Indy car champion Mears said that, with some provisos, he believes the screen will be a good step forward in improving cockpit protection.

“Everything has a consequence, sometimes unintended,” he told Motorsport.com, “but IndyCar has done its research and consultation and a lot of testing, and you’ve got to assume they’ve concluded that the positives outweigh the negatives. And I’m sure that’s just the same as Formula 1 – they did a lot of research for their halos and that’s what worked best for them.

“I think the windscreen is good. Barring any of the problems that we’ve talked about in the past, like vision distortion, keeping it clean, reflections in strong sunlight – it is the better option for IndyCar.

“I think the series wants to use the same device on all types of track, and I agreed with the guys who said the top frame of a halo would be a problem on banked ovals when you’re trying to look so far ahead of you around a turn. Also, I still think that something on an upward trajectory could get deflected down into the cockpit by a halo, depending on how it hits. A strong screen should eliminate that possibility and deflect instead.”

Asked about its aesthetic appeal, Mears replied: “Well, that’s subjective, obviously. And we don’t know how close the prototypes that they tested last year are going to be to the final product, but I liked the look of those. They were alright. And I think when the new car comes out, they’ll be integrated into the design even better.”

On the subject of drivers getting accustomed to a change of view, Mears said the novelty would wear off.

“Just like anything else, it will take some getting used to for the drivers,” he said, “but they will adapt, like they always do. I mean I don’t recall the last time I read about or heard a Formula 1 driver even mention the halo, and that came in over a year ago now. So the same thing applies with the screen for IndyCar drivers.

“It’s like at the Indy test last week, I was listening to some of them talk about the deflector fin [AFP device] that they’ve now got sticking up in front of the cockpit. Eventually I said, ‘I spoke to IndyCar and that thing is supposed to go away above 215mph’… I’m only half-joking. Because at that speed you’re looking so far down the road and around the turns, you’re not going to even notice it. You’ve got more critical things to be training your eyes on than something sticking up in front of you.

“Sure enough, after a while, they weren’t talking about it, and so the windscreen or aero screen, whatever they call is just another thing that the drivers stop noticing after a few races.” 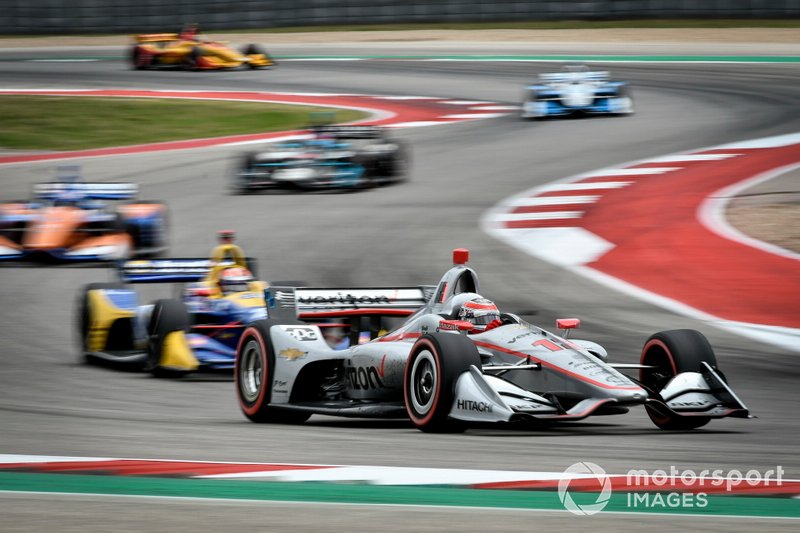 Mears went on to praise IndyCar president Jay Frye and his the series’ technical leaders Bill Pappas [VP of competition] and Tino Belli [director of aerodynamic development] for making the cars more demanding to drive.

“I think Jay and those guys are doing a good job,” said Mears. “They’ve got IndyCar heading in the right direction because they understand what’s required.

“I don’t know how many times we’ve discussed this – I’ve said it to you, said it to Jay, said it to anyone who’ll listen to an old guy who forgets things! – but to make a car that is demanding to drive well but also great to watch from trackside and on TV, you need to make sure it has more power than the driver can realistically get to the ground. That’s the best tool you can have as a driver, because it’s going to separate you from the guy who’s not so good.

“And then everything else naturally follows. Now you have a car that’s going to reward a driver’s speed, reflexes, and also his judgment with his right foot. The best guys are gonna learn how to apply the power right up to that point of not quite having the rear wheels spinning up and burning off tires over a stint. If we could only do away with the fuel-mixture switch, that would be another tool for the smarter drivers when it came to throttle control.

“So more power than grip is the way to go, and whether you do that by stripping away downforce or adding more horsepower – preferably both – that’s the direction to go in. IndyCar made one of those steps last year, because they took advantage of the fact that we were back to spec aero, so they cut downforce a lot and made the underside work harder.

“That helped the racing. Now they’re aiming for around 900hp with the 2.4-liter engines. OK, when they first come [in 2021], they’re not going to have that much, but they should have the potential for it within a couple of years. And that’s good.

“When I speak to Jay, he tells me, ‘Hey, I’m on the same page as you, but we’ve got to take these things step by step. We can only do X amount at one time.’ And I’m sure he’s right: with all the teams involved having to come to a consensus, each step takes a little time.

“But like I say, IndyCar’s target is right. Jay gets it. Ultimately, the more demanding a car is to drive, the better the overall quality of drivers in the field, because the ones that can’t deal with it just go away or they stay and improve themselves. So you’re bringing the bottom of the field up to meet the top.

“Make a car that’s easier to drive, and you’re hurting the good guys, taking away their best tools, and so then you’re bringing down the top to meet the bottom. An easier car – or I guess I should say an easier formula – might give a team owner more drivers to choose from, but they’re not as good. And that’s not what racing or any sport should be about. It should be about trying to be the best.

“The process of getting that bottom to meet the top takes time, it’s not an immediate thing, but if you look at the current field compared with eight or ten years ago, you’d say it’s a lot deeper, not just in terms of drivers but also the quality of the teams. Some of the newest teams have immediately been able to give their drivers competitive rides, and that’s great.

“And like all these things, there’s a knock-on effect, and it’s a positive one. The quality of the teams now involved is going to encourage IndyCar to make slightly bolder moves forward because they know the teams are good enough quality where they can cope with change, and the team owners themselves also become more accepting of changes because they have the engineering and driver capability to deal with it and adapt.” 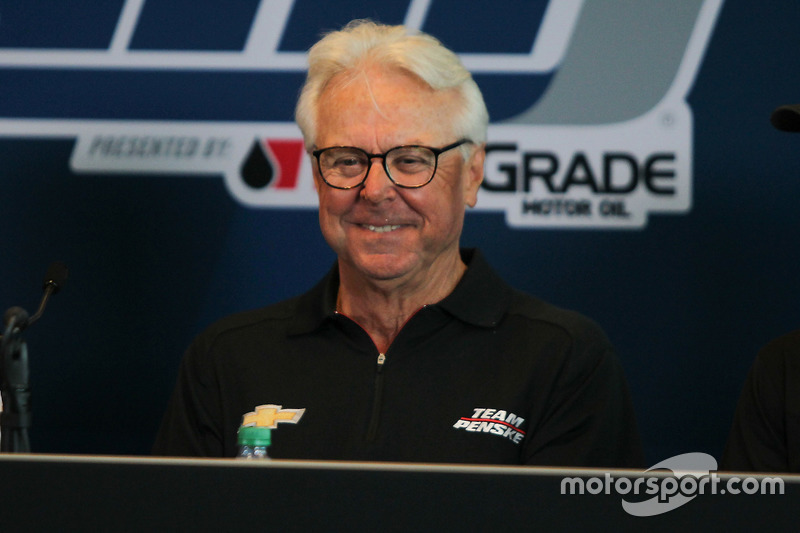