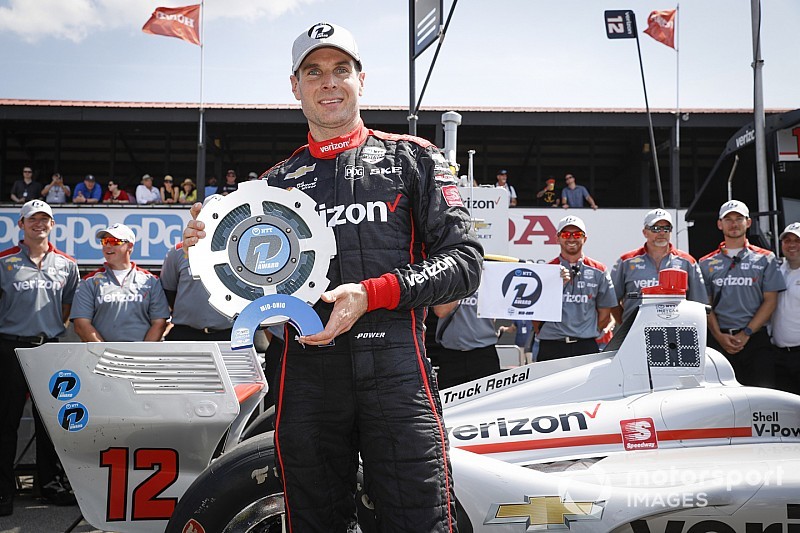 Team Penske-Chevrolet’s Will Power took pole position for the third time this season, fourth time at Mid-Ohio and the 57th time in his IndyCar career, outpacing the three main championship contenders by a considerable margin.

Power lapped the 2.258-mile road course near Lexington, OH, in 65.1569sec, which was 0.3748sec faster than 2018 polesitter and race-winner Alexander Rossi could muster in the Andretti Autosport-Honda.

Said Power: "I have such a fire burning in me when I do a lap like that. So happy to get the pole. So happy. It’s great for confidence for me and for my guys. I feel so bad for my guys. I’ve made some mistakes, so it was good to pay those guys back with some positive energy. And for our supporters as well for all the effort they put in.

“It’s been a tough year. I had a lot of energy to get pole today. I really want to win a race now. The things that haven’t gone our way. It just starts to wear on you. For me, it just makes me faster and more aggressive that leads to mistakes.
“That was just a really neat, hard lap to put in. Not a sector was wrong. I studied all the data I could all week long to understand how to do every sector as perfect as possible.”

Rossi was a quarter-second ahead of Josef Newgarden, who he trails in the championship by 29 points, while Simon Pagenaud in a third Penske was 0.7sec off the top spot.

Sebastien Bourdais’ Dale Coyne Racing with Vasser-Sullivan Honda was fifth after a great return to form, while Felix Rosenqvist was sixth and fastest Chip Ganassi Racing-Honda.

Colton Herta, who topped two of the practice sessions, fell 0.0034sec short of making it through to the Firestone Fast Six, although he outpaced a perplexed Scott Dixon 0.135sec.

Meyer Shank Racing with Arrow SPM’s return to the series for the first time since Road America was impressive, Jack Harvey grabbing ninth ahead of Ryan Hunter-Reay in the second Andretti Autosport-Honda.

Ericsson was deposed from top spot by Power and others, and seemed as if he might get bumped out, but he grabbed a second set of reds and reclaimed second place to graduate to Q2.

That obliged Ericsson to start the Q2 segment on reds, but in the end the tactic didn’t quite pay off, he and Arrow SPM teammate James Hinchcliffe locking out the sixth row.

One of the surprise eliminations in Q1 Group 1 was Spencer Pigot’s Ed Carpenter Racing-Chevrolet which failed to graduate by just 0.02sec. He will start 13th alongside another driver who promised great things in practice – Santino Ferrucci in the Dale Coyne Racing-Honda.

Graham Rahal’s FP3 practice speed also looked like a false dawn as he too failed to make it through to Q2, while Max Chilton did slightly better than expected with his Carlin-Chevrolet due to line up 16th.