Both drivers will participate in Spring Training at Circuit of The Americas.

Nasr’s best results in junior formulae came with the Trevor Carlin-run team, as he won the British F3 championship in 2011, and finished third in the 2014 GP2 (now Formula 2) championship with four race victories. 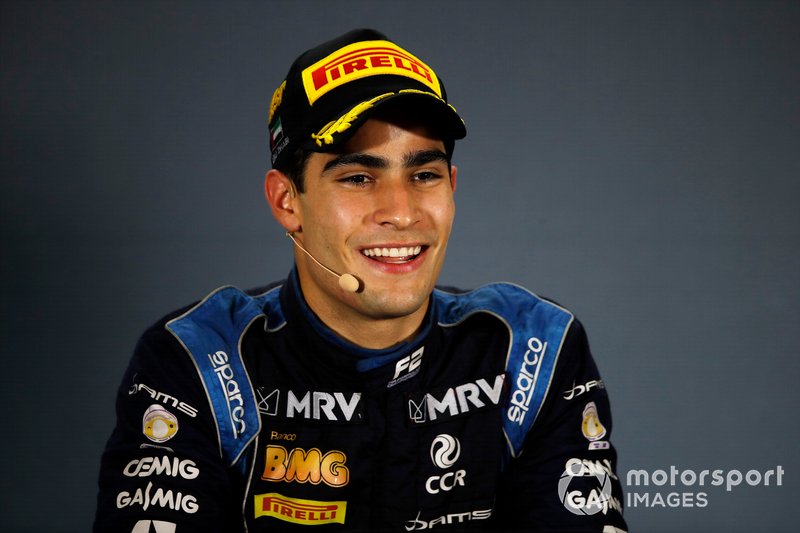 His Brazilian compatriot Sette Camara, 21, raced for Carlin in the 2016 Macau Grand Prix (he finished third) and in the 2018 Formula 2 championship, although his wins in the series came with MP Motorsport (2017) and DAMS (2019).

Sette Camara became a nominated test and development driver for the McLaren Formula 1 team last year and was on Dale Coyne Racing’s shortlist of potential replacements for Sebastien Bourdais for 2020. However, that ride eventually went to Super Formula graduate Alex Palou.

Carlin, which on Friday confirmed Max Chilton would return to compete in its #59 car for the road and street courses plus the Indy 500, will run Nasr in the #31 on Tuesday of COTA Spring Training, while Sette Camara will take over on Wednesday.

However, it has not yet been confirmed how Nasr and Sette Camara will divide up the 17-race season, although it is understood that neither driver has expressed any reservations about racing on ovals. Nasr, who remains one of AXR’s Cadillac aces, will encounter only one date clash between IMSA and IndyCar that would render it virtually impossible for him to compete in both events – the Richmond IndyCar race on June 27, and the WeatherTech SportsCar Championship’s Six Hours of Watkins Glen on June 28.

The other two overlaps between IMSA Prototypes and IndyCar Series occur when they race at the same venues – Long Beach and Detroit – and as recently as last April in the Californian street course classic, Sebastien Bourdais proved it was possible to race in both events on the same weekend.

Meanwhile, Carlin is believed to be negotiating with Conor Daly to be Chilton’s sub for Texas Motor Speedway, Richmond Raceway, Iowa Speedway and World Wide Technology Raceway at Gateway, a role he filled well last year when Chilton elected to quit oval racing in the wake of his DNQ at the Indy 500.

Although Daly is competing for Ed Carpenter Racing in all the road/street course events and the Indy 500, he hands back the #20 ECR-Chevy to team owner Ed Carpenter for the ovals, and is therefore available to other teams.