Newgarden: Penske made “a big step” in Sebring test 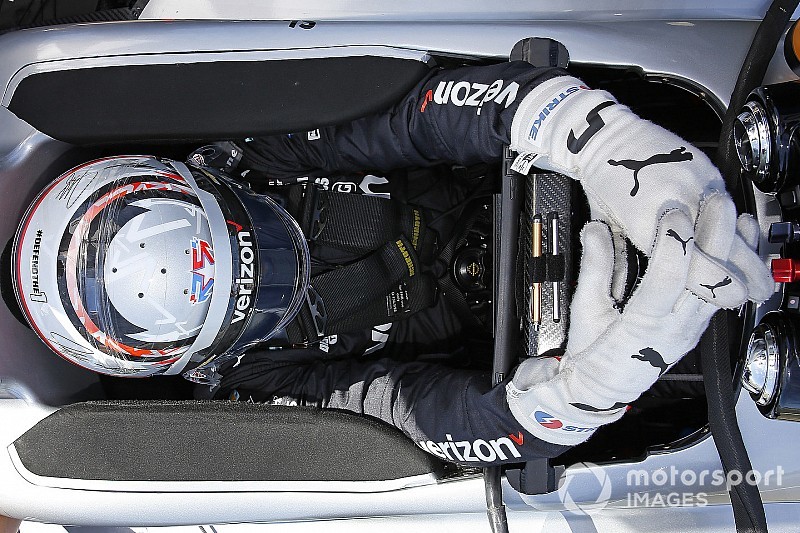 Newgarden, Will Power and Simon Pagenaud finished fifth, third and sixth respectively in this year’s championship, and while Power and Newgarden each won three races – the same as 2018 champion Scott Dixon – there were some inconsistencies and misfortunes that prevented the pair taking the fight to the finale.

Newgarden said that Tuesday’s test was a concerted effort to make the handling of the cars more user-friendly and therefore confidence inspiring on the limit.

The emphasis, he said, was on the street courses, hence the visit to Sebring which is renowned for being the closest representation of IndyCar’s temporary courses, due to its bumps.

“To be honest, I felt like we had some deficiencies at all tracks this year,” Newgarden told Motorsport.com. “And yeah, certain street courses were not incredibly kind to us. We need to be faster.

“When you look at our qualifying performances we were pretty good but it was our outright pace in the race that needed to be lifted.

“I think we did a really good job of getting together very soon into the off-season, so we’d got some really good ideas because we have some of the best guys working on our team. All the engineers and all the drivers collaborated to come up with ideas of what we need to be really strong next year.

“This test was a really good opportunity to put those ideas into action, and check we’re heading in the right direction and I think we are. It was a good step.

"We turned a lot of laps – I think I did about 120 myself, five sets of tires – and I think all three groups left feeling really positive.”

Asked if he could be more specific about what he felt was lacking after a year in which Penske scored more wins [six] than any other team, Newgarden replied: “The big thing we’re trying to achieve is finding a bigger operating window with this aerokit.

“With the manufacturer aerokit, the cars were so pinned down and we shone because the way Penske cars are set up really suited it.

"Strip that downforce off like we did with the new kit and you expose or emphasize certain characteristics of the car and if it doesn’t have the right characteristics from a comfort level, then it’s sometimes hard to reach a high level of confidence.

“So making the car more comfortable, expanding the operating window, giving us more scope to attack and feel OK with having it on the edge because we’re confident we know what it’s going to do… that was what we were looking for.

“We need to get the car talking to us better, on street courses specifically, and I think we made a lot of headway in that regard during that test.”

The 2016 champion, Pagenaud, struggled more than his fellow-champion teammates this year, mainly as a direct result of qualifying. So while his race pace was strong, he was often coming from too far back on the grid to fight for the lead.

But Newgarden said the technical direction that Penske was now taking would suit all three drivers next year.

“It’s not that our driving styles are that different,” he said. “The changes we make to our cars is just little stuff where we like to individualize, and I think Simon was just a tad more sensitive to how the car handled in qualifying this year.

“But the path we’re taking should benefit all of us, give more confidence. I wouldn’t be surprised to see us all within a tenth of each other in qualifying on some tracks. The important thing is to make sure that we’re 1-2-3 on the grid.

“We all three agreed on everything we were doing. That’s really good for the engineers, knowing that no one is going to go off down one avenue while the other two go down a different path. That means we’re all focused on the same facets.”

Asked what he expects from Chevrolet in 2019 – improvements in outright horsepower, reliability, torque, fuel consumption etc. – Newgarden remained coy, aside from wanting improvements right across the board.

“Chevrolet and Ilmor do the best job possible for us throughout the season and during the offseason,” he stated, “constantly analyzing the data, always listening to our feedback on what we want, and making the best of what we have.

“So whether it’s improved power, or fuel mileage or whatever, they will be fully on the case and know where they want to improve, even when we want to make everything better!

“With the same aerokits now, both us and Chevy get a clearer picture of how we stack up against our rival. So we need to check the boxes across all the engine characteristics, because if you stand still you get beaten.

“Chevy is aware of that and missing out on the manufacturers’ championship for the first time, even though as a group we won the Indy 500, probably has them working overtime now.”

Foyt to be inducted into Houston Sports Hall of Fame