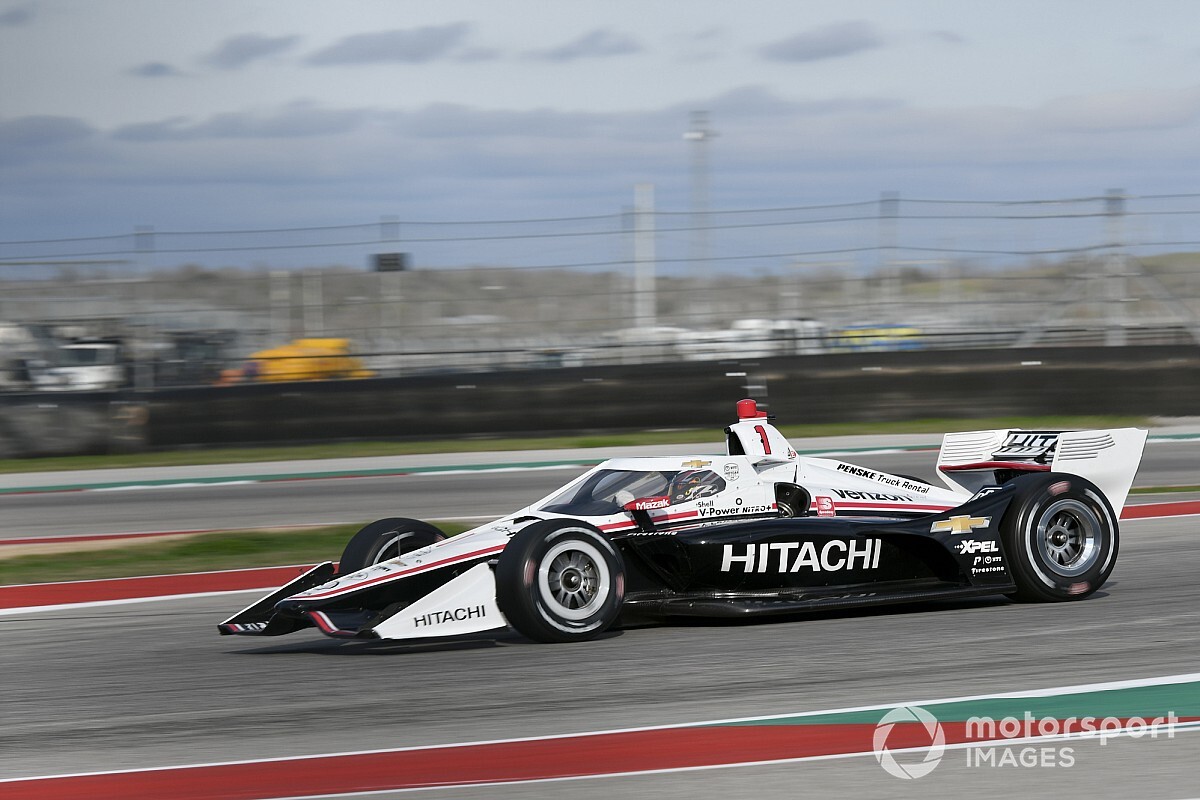 Reigning and two-time NTT IndyCar Series champion Josef Newgarden says the rookie class will have it tough at this weekend’s season-opener at Texas Motor Speedway’s Genesys 300, and throughout the season, due to the lack of testing and race seat time.

The IndyCar rookie class of 2020 took part in a test at Texas Motor Speedway two days after Spring Training at Circuit of The Americas in mid-February, but have not turned a wheel on an oval since then.

Rookies and first-time TMS drivers will get an extra half-hour of practice on Saturday, just past noon, before full field practice gets underway in the one-day schedule. But Newgarden, who will again carry #1 on his Team Penske-Chevrolet, says that the 1.5-mile banked oval in the Dallas-Fort Worth area, will be a tough way to start the season even for series veterans, let alone rookies.

“Texas is a very difficult racetrack to race in general, whether you've been there 20 years or first time,” said Newgarden who won the race last year after a late-race duel with Andretti Autosport’s Alexander Rossi. “It's a daunting track to get right.

“Typically we have five races or so to sort out our stuff, kind of get ourselves in the right frame of mind, have a general base before we go to a track like that.

“I think for the veterans it will be a tough race to get thrust into. From the rookie side, it's going to be extremely difficult. This whole year is going to be tough on rookies with limited track time. I think Texas will be one of the toughest places to go to right out of the gates, face a big challenge. It will be tough on everybody.

“Probably have to change our mental process a little bit for how we race people. I think rookies might have to have some extra care or some extra thought coming up on somebody or racing wheel-to-wheel with one of those guys.

“I hope everyone tries to get back into a rhythm to start this season. It's going to be very, very important, especially at a place like Texas, that everyone try to settle in for this first race out. I think we need to do that for ourselves individually, but I think collectively as a group coming off the simulator racing we've been doing, trying to get back into a rhythm is going to be important for us.”

Newgarden added that he was interested to see how he and his rivals adapt to the rushed nature of a one-day IndyCar event. The regular participants receive 80mins of practice, 15mins of pitstop practice. Less than two hours later, qualifying begins, and two hours after it ends, the field will take the green flag for the 200-lap race.

“I think in some ways it's very exciting because we've never had opportunities to see who could shine under situations where there's not a lot of testing,” said Newgarden who is entering his ninth IndyCar season. “Kind of have to make quick decisions, hopefully make them better than people around you. From that standpoint, I'm really excited.

“I think it's going to put a lot of pressure to get it right early within a race weekend, within a race situation. I think some people will really shine under those conditions, more so than others.”